I am excited and scared for my children at the same time. There is something big happening with technology and I am not sure everyone is prepared for it. In fact, I honestly feel like many people are going to be sitting ducks.

A sitting duck can be defined as “easy target”. This term alludes to the ease with which a hunter can shoot a duck that remains in one spot, in contrast to one in flight.

This is the situation that many people and organisations are finding themselves in, and how they are approaching the use of technology in their lives and in their businesses. I fear we are going to have a world where we have many sitting ducks and the hunters will have it easy.

You too could become a sitting duck by ignoring the fact that every day there are more and more ways for technology to be used to replace many areas where a person was required to play a role.

It is becoming clear to me if you do not consider how best to use technology you will be left behind. I want to ensure that my children understand this and they think about what the future holds for them.

When I was growing up we lived in a world that was predictable, relatively slow to change and the path was relatively clear, but this is no longer the case. A report by PwC titled ‘A Smart move: Future-proofing Australia’s Workforce’ predicts that in the next 20 years, 44% of the jobs we have today will no longer exist in their current form.

If you don’t like change then you’re in for a rough ride’. There are so many technologies that are starting to mature that will have a profound impact on our lives. This is going to spell the end for many professions and industries. For those that look to embrace the changes, there will be an abundance of opportunities. It is important to think ahead now and look at where technology is going, as it impacts everyone.

So where is the opportunity for us in this time of technological revolution?

Do More With Less

That is the bad news, however if you are a small business this means you can compete with the big boys (or girls). If you are a big business you can no longer be complacent about smaller startups being able to compete with you because they can and they will (look at Kodak and Instagram or Blockbuster and Netflix).

The long term trend in some of the most successful companies in recent years is more is being done by less people. Look at the figures below:

It is technology that is allowing this to happen and the scale and speed this is happening is only going to increase. More is being done with less and this does mean fewer jobs in what were previously traditional jobs. So what are the jobs our children will do?

No job or industry will remain unaffected by the technologies. Previously it was the manual repeatable jobs or blue collar jobs that were being replaced by computers or robots. We are now moving to the next level of this where many of the white collar jobs will be massively impacted.

Human knowledge is doubling every year and according to IBM the internet of things is set to increase to every 12 hours. These technologies are going to just increase the rate of change in our lives.

The Ownership of Assets has shifted

Companies are creating more with less but they are also using business models which are about shifting ownership of what was previously a core asset.

Lets look at a few examples:

These companies do not actually own any of what I thought was their core products (or at least do not hold inventories). These companies focus on Brand, Software, Customer Service and all of the important elements of the relationship with the customer. The big enabler for this has been technology. Software has allowed these businesses to thrive.

The great thing with all of these changes in technology is we have more and more of a chance to solve some of the most difficult problems we face as a civilisation whether that be to cure cancer, deal with global warming or eradicate poverty.

This is what excites me for my children’s future – they will have the tools to make that change. 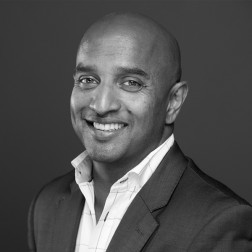