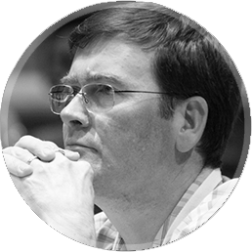 I am the former European Information Services Manager of a multinational supplier of yield management systems to the semiconductor industry, responsible for hiring and managing a team of five, supporting over 400 staff in 11 sites in five countries, with a budget of $1.5m. Following the dotcom crash I founded an international AdWords Marketing Agency providing management, consulting and coaching services to hundreds of clients world-wide, and since 2005 has been responsible for £24m / $38m advertising spend and over 1.8m sales and leads. In October 2008, my agency was one of the top 100 in Europe to be invited to attend the "Above and Beyond" Conference at Google's European HQ in Dublin. In 2011, after experimentally breaking all the accepted AdWords rules of the day, I created the Clicks, Customers, Cashflow PPC Profit System, and have been working with selected clients on a profit share, commission only basis, rather than a fixed monthly fee. In 2013, I pioneered a new profit-center management service for selected ecommerce merchants only, based on their target Return on Ad Spend. Client merchants typically see an average ROAS of 500%, where $1.00 in ad spend brings $5.00 in sales revenue. I have spoken at marketing conferences in Chicago, London, New York, and Maui Hawaii, hosted by industry experts and marketing authors including Perry Marshall, Howie Jacobson, and Ken McCarthy, founder of The System Seminar. I will also be speaking at the upcoming PPC Hero conference in London in October 2015. I am the Author of The AdWords Bible for eCommerce - Sell More Products, Keep More Profit (Amazon, Nov 2014) I am a contributor to AdWords for Dummies (2012, Jacobson and McDonald) and Ultimate Guide to Google AdWords (2014, Marshall, Rhodes, Todd). 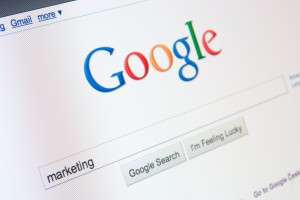 The Great AdWords Dashboard In The Sky