Have you participated in a Blab yet? Did curiosity take you to the point of just lurking or did you try out your own Blab?

It’s been interesting seeing everyone’s point of view on it. In particular, experts like Joel Comm, Brian Fanzo, Amy Schmittauer, who have pretty much ruled Blab as the champion over Google Hangouts. While other experts are still testing Blab out, many have begun to sing its praises, stating it could be the next big thing in social video. Other early users (it is still in beta mode) are addicted to the point of admitting to spending hours ‘blabbing’ with strangers for fun or other experts for networking.

Then there are the others who are skeptical about spending time on the latest shiny social media object. They have decided to keep using Google Hangouts until they determine a reason to shift to Blab.

So. Which are you? If you’re the latter, I would go out on a limb to say you would be foolish to not at least try it out. It is always good to check out the latest platforms. If you’re wondering if it is better than Google Hangouts, well it is important for you to evaluate whether to jump ship or test, use and keep an eye out.

Here are a few things to keep in mind when deciding whether or not to use Google Hangout or Blab:

These points may not have helped you to decide whether or not to leave Blab, but it will at least give you an outlook of not ruling Google out just yet.

Have you tried out Blab.im yet? If so, let me know. Perhaps your experience may be used in a future post. 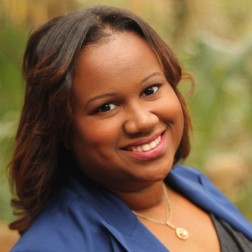