If you’re going to take the plunge and write a book, rather than continuing to create content for free on blogs and social networks, you need to make the business case to yourself for putting in the time and effort. While I could list countless reasons why being an published author is good for business, they all come down to just three big ones, which all came together for me with my first book.

Although I started my first publishing company while I was still a student, I didn’t write a book until years later. A bit like buses, none came by for ages and then three turned up at once. The Book of Balanced Living, a self-help book, The Work-Life Manual for organisations, and Strike the Balance, a management training course, took me from being a well-connected but strictly back-room researcher in Work-Life Balance, to a high value consultant, trainer and speaker, hired by companies like Microsoft, Virgin, Linklaters, GlaxoSmithKlein, international banks, government departments and the NHS.

My next non-fiction book, The Real Secret – a more general self-help book – was published by Bookshaker. Joe Gregory, the MD, had been ahead of his time and kicked off the concept of entrepreneurs writing and publishing books to build their businesses. His own book, The Wealthy Author, is the seminal work on the subject and has been quoted (attributed and unattributed) by most others who jumped on the bandwagon in the subsequent 10 years.

Our complementary experience led to me becoming the Commissioning Editor of Bookshaker where I worked with many authors, but also had to reject others who weren’t a good enough ROI for a traditional publisher. The next step forward was founding our hybrid publishing company, Rethink Press, enabling Joe and me to publish entrepreneur authors who either didn’t want to give control to, or wouldn’t sell enough copies for, a traditional publisher. At Rethink, our aim is to provide top quality books – in editing, design and production – that act as a professional business tool for their authors.

Becoming the UK Publish Mentor for KPI has offered me another platform to promote the value of writing and publishing books to experts and business owners. There are ever increasing examples of the tangible benefits KPI authors achieve.

Some KPI authors sell a good number of books. Many use our Amazon launch plan to become high ranking, even #1 bestsellers, in their niche. But by far the greatest financial benefit to entrepreneur authors is the high level clients and contracts their books attract.

Marianne Page, Director of Bright7, wrote a book called Process To Profit outlining her approach to systemising businesses for the benefit of owner entrepreneurs. In the last six months alone, she gained over £50,000 worth of contracts through three people who read her book: a business owner who had picked it up on holiday and got in touch on his return, anxious to work with her; an old friend who heard she had written a book so read it – and realised how much she could help him; and a franchisee who was recommended it and realised Marianne’s system was just what he needed.

She is just one of many KPIs whose books have attracted business, whose prospects come “pre-sold” on their ideas, and want to pay high fees for implementation of a strategy they have already understood and appreciated.

Many small businesses find it hard to make the transition from working with a select group of clients who know and like them, to being sought after by a wider following. When an entrepreneur crafts their knowledge and processes into book form, they reach an audience they would never have the time or opportunity to contact personally. Their book becomes their ambassador, working 24/7 to spread their name and expertise. When someone googles their subject, name or business, it appears on one of the world’s most powerful search engines – Amazon. Not just anyone gets their name on Amazon, only those who have actually taken the time and effort to write a book.

Michael Serwa, a life coach, wrote From Good To Amazing – no bullshit tips for the life you always wanted, specifically to raise his profile with the media as well as potential clients. The book has found its way round the world and into the hands of readers who have become fans. Michael and his tips have been featured in popular magazines and newspapers, and he now has his own YouTube channel where he interviews other high profile coaches in his exclusive Mayfair apartment. “It’s all about the book,” in his opinion.

Jacqueline Biggs’ Marketing To Win shows small businesses how to leverage the marketing strategies of big companies. Once we published her book, she used her own marketing expertise to get her book to a #1 Amazon ranking. We also entered it for the Chartered Management Institute’s Book Awards and it was nominated for Best Commuter Read – alongside Sheryl Sandberg’s Lean In and Daniel Priestley’s Entrepreneur Revolution. When Jacqueline approached UK government small business support services, it was her book that impressed them and led to her now constant flow of funded SME marketing clients

It goes without saying that every KPI aspires to a position of influence. There is nothing like having authored a book to accentuate your credentials as a thought leader and authority in your market. Have you noticed how most media “experts” are authors; how speakers and guests at events have at least one book to their name; how leaders in your industry are likely to have put their ideas into book form?

Adam Hamadache, a consultant in the hotel industry, wrote Give Your Guest A WOW! and his ideas on customer service were so far-sighted and widely applicable that his book has sold consistently well within and without his niche market. It has brought him business, raised his profile, and made him a youthful but respected influencer in his industry. Because of his book, Adam is regularly flown to give £1000+ speaking gigs at top hotel industry events at home and abroad, where he gets to tell established KPIs how to up their customer service game. And they take it from him – because he is the author of an excellent and professional book.

Pitch, Product, Profile and Partnerships – all massively important parts of becoming a KPI. I may be biased, but for me, the one that underpins them and brings them all together is Publish. Be sure to get your book written and published. 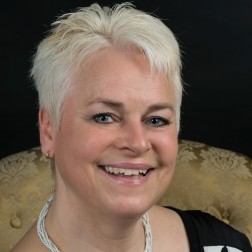