Retail business owners (the smart ones, anyway) discovered long ago that if you put a water bowl out front of your establishment, you could attract a very passionate group of people to your business: dog lovers. Even smarter ones realized all you had to do was have some biscuits ready to hand out and you could win a loyal client for life.

As a dog owner, I eat at Urban Juice in downtown Tampa five times more frequently than any of the other restaurants within walking distance of my apartment. Why? Because they allow my dog to sit inside where it’s nice and cool.

Enter Pokemon Go from Nintendo (NTDOY:US). It’s the latest mobile gaming app that has people putting down their TV remotes, abandoning their desktop computers and gaming consoles to crawl out from their air-conditioned caves of isolation to experience a whole new world called “the outdoors”.

It’s the modern day dog bowl that, if used correctly, can attract more people to your establishment right this minute.

Sure, these people look confused when they first walk outside; they squint a bit at the unfamiliar bright light from the sun, and sometimes even stare in awe at these other virtual two-legged creatures walking around. But don’t worry, they have a trusted friend to show them the way – their smartphones.

Like Venkman from Ghostbusters, walking around a library looking for ectoplasmic energies, these people have their phones up and out, following a trail to capture imaginary creatures, which, thanks to augmented reality, show up on the sidewalks, on lawns, on top of cars, and hiding under trees.

Do these people look silly? Yes. Is it a pointless game that has no victory? Yes. Is it a good thing? Debatable, but my opinion is yes. Especially for a brick-and-mortar retail establishment wanting to attract more people into their stores.

The game is fairly simple. Download the app, create a user profile and you’re off. The phone will vibrate when you are close to a Pokemon and it’s your job to find him or her (it?) hiding in plain sight. When you see one on your screen, touch the pre-supplied ball resting at the bottom of your screen and flick it toward the creature. If you hit it, you win it.

You might be thinking, “What if I don’t have one of those little whatever-you-call-thems sitting outside my store?” Well for 99 cents, inside the app you can purchase a “lure.” This lure creates a tractor beam of awesomeness within a 30-foot range of your phone. It attracts these gamers like bees to honey, and they will come into your store to capture the Pokemon. If you utilize the Pokemon Go opportunity right, you can capture their business.

Let’s go back to my favorite downtown Tampa restaurant, Urban Juice. Suppose Todd Lax, the owner, created a daily special for one of his cold-pressed fresh juices and changed the name of the drink from “The Morning Sunrise” to “Pikachu Squeeze” and offered a 20 percent discount to anyone playing the game. Boom! He just captured a new customer. Maybe he offers his “Venusaur Fresh Bowl” at a discount. Better yet, how about a 30 percent discount for anyone who reaches level 9 (whatever the heck that means) in the Pokemon Go game?

As a small business owner, this is an immediate way to take advantage of an outrageously popular craze. How popular? More people have downloaded Pokemon Go than people who have Twitter accounts. And this is just the beginning of collaborative gaming apps we will soon see flood the market.

The real question isn’t why haven’t you downloaded the app yet? For the savvy business owner, why haven’t you reached out to an app developer to create your own business-based scavenger hunt that will have your customers walking around the city to patron your friends’ and colleagues’ establishments so that, once they do, they can return to your store for big rewards?

You help out other local business and get rewarded for it. Welcome to the Collaboration Age.

This article was originally published as ‘How smart Tampa Bay business owners can capitalise on Pokemon Go phenomenon’ in the Tampa Bay Business Journal on 14 July 2016. 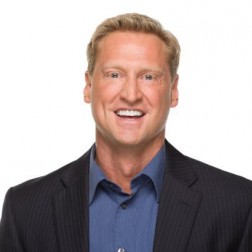