Globalisation – what does it really mean to us in our daily lives? To me, it means that the world is flat. It means the opening of international markets for the trade of goods, services, and operations and the export of jobs and cross-border transactions.

The ease of air travel and the interest to explore other countries for work or for pleasure means that we encounter cultural diversity constantly in our personal and professional lives. This, in turn, means that we need to understand and accommodate diverse cultures in order to ensure effective communication and minimise misunderstandings. This post covers a few areas to consider when working across cultures – I believe it’s all a matter of respect and taking time to understand what’s important to others.

Today’s employees need to ensure they have the ability to work and communicate with people across cultures. Those who grasp the nuances of cross-cultural communications and appropriate interactions will create an edge for themselves. Those who are ill prepared may not understand how their own actions, appropriate in their own culture, created a rift in another.

I am a firm believer in the importance of understanding across cultures as I come from a Eurasian background with a Chinese mother and an English father. I was born in Malaysia, brought up in Hong Kong, educated in America and have lived and worked in England, Hong Kong, Singapore and Sydney. My dearest friends from high school are an eclectic bunch – one has a Shanghainese/Indian mother and a Norwegian/German father (and now lives in Hong Kong), another has a Korean mother and a German father (she’s in Singapore), another is a Hong Kong born Indian (now living in Mumbai) and yet another, like me, has a Chinese mother and English father (who’s moved to New Zealand) and I’m now based in Sydney. We all speak a second language and truly believe the world is flat!

I’ve conducted some research from numerous sources, filtered through what I think will be of interest and am sharing the common themes that may be helpful in creating an awareness to assist understanding across cultures. I’ve found it to be quite fascinating and I hope you will too! Here are a few things to think about when communicating with someone from a different culture than yours.

Some cultures avoid both negative and positive responses. This makes it difficult for those used to direct and honest answers in their own culture. For example, the Japanese are extremely reticent to say “no”, as are most Indonesian cultures, such as the Javanese. If you will pardon the pun, a negative expression is frowned upon! The Javanese, in fact, will never admit to any negative opinion nor give negative criticism; a disparaging comment would be considered a face destroying insult.

Other cultures, such as in Eastern Europe, avoid overly positive or enthusiastic reactions initially as this may receive a negative response, be a little more circumspect, at least in the first instance.

Nodding one’s head is a classic example of an easily misunderstood gesture. In most of the West it is common to show you agree by nodding your head up and down and murmuring “um hmm” or “mmm” or something similar. This will mean nothing in some other cultures, and in some it may even indicate the negative. In Turkey, Iran, Bulgaria and some Melanesian islands nodding the head up (in Melanesia usually accompanied by a slight “tsk” sound) means a definite NO.

In much of Asia, nodding, sometimes accompanied by “yes”, simply means: “I understand, carry on . . .” however this is often misinterpreted by Westerners to indicate agreement, usually of each specific point nodded at. This misunderstanding can cause considerable disappointment and annoyance to Western businessmen negotiating a deal.

Another easily confused gesture is the mostly western custom of twirling the forefinger in front of one’s ear to indicate that someone is a little crazed or unbalanced. However in certain cultures, such as in Argentina, that same gesture is common sign language that means “a telephone call for you”. You can understand the misunderstanding this gesture could create in the wrong circumstances.

The simple act of waving your hand can have different significance or impact in different cultures. While Americans might wave their hand, palm out, sideways to say goodbye, in much of Europe such a gesture indicates, “No”, while to say goodbye they might wave their hand up and down with the palm down. That same hand up and down gesture in Indonesia means, “come here.” In the West “come here” would be indicated by a similar gesture but with the palm facing up or just “beckoning” with the forefinger. Please be aware though, that the latter gesture with the forefinger would be found demeaning and highly offensive in Indonesia and some other parts of Asia.

Pointing your finger at someone is often taken as an aggressive act. It is much more polite to point with one’s whole outstretched arm and hand.

Posture also has an impact. For example, the Western habit of leaning back and putting one’s feet up on one’s desk or table is considered extremely rude in much of Asia. Showing the bottom of one’s foot is taken as an insult to anyone the foot faces.

Standing with your arms akimbo (hands on your hips) is quite a natural gesture for most Westerners, but many Asians see this as an arrogant stance and may easily be offended by it.

Turning one’s back to anyone may also be considered an insult in much of Asia.

Touching someone with one’s left hand is considered unclean in parts of Asia and the mid-East. Also, touching someone’s head without asking permission may be considered an aggressive act, in some cultures amounting to an invitation to fight. In such cultures, even a masseuse will not touch the client’s head without first enquiring whether it is desired.

Smiling and silence can also have different meanings to people from different cultures. In much of Southeast Asia, particularly in Indonesia, simple courtesy dictates that people generally will maintain a smiling face, and smile and nod even to strangers when passing them on the street. Similarly, people will make pleasant small talk to strangers whom they may encounter in a shop, a waiting room or even public transport. This is why so many tourists find Indonesians and, in particular, Balinese, so friendly and welcoming when they first meet them. In these cultures a scowling and closed face, and reluctance to engage in polite conversation will be taken as rudeness, very bad form.

In some cultures preliminary chit chat and joking among participants in any meeting relaxes the atmosphere and allows things to commence on an amicable tone; whereas in others it is looked upon as an attempt to divert attention away from the matters at hand and waste time, indicating a lack of seriousness.

This is just the tip of the iceberg, a taster about cultural differences. The message here is that understanding creates clarity and tolerance. The important thing to remember is to respect other cultures in order to enhance the building of strong relationships.

I am continuing with my research and would welcome additional information and comments – if you agree or disagree I’d love to hear from you as there is so much to learn when it comes to this topic. If you have more information to share and shed light on cultural differences to enhance understanding, let’s start a discussion! 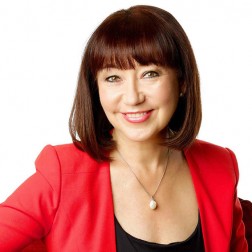