Singapore has been a flurry of activities after the demise of the man who put the country onto the world map, Mr. Lee Kuan Yew. The internet has been rife with posts both for and against him.

What I have learnt from all the activity surrounding his death is that, you don’t have to be liked by everyone to be an effective leader. Mr. Lee Kuan Yew has his detractors but has done amazing things for Singapore.

I’m not saying to be an effective leader you have to be disliked. Far from it in fact, as that would be moving to the other extreme. Some would say Steve Jobs would fit into that category as he was well known to be a ‘tough’ boss, and there are many stories on how he yelled at his employees if they did not perform to his expectations. Although he was a great businessman, I wouldn’t categorise Steve Jobs as an effective leader because he essentially ruled by fear and this is not a sustainable leadership model.

So, if you do want to be an effective leader, you need to be comfortable with:

As a leader, one of your jobs is to lead the way. This means forging ahead even if you are entering unchartered territory. When you venture into the unknown, you will scare your team members, your stakeholders and just about everyone around you.

However, if you have done your homework and your research, be confident in your ability to make the right decisions and stand firm. In time, your team and stakeholders will see the logic in the madness and they will respect you for making the hard decisions and standing firm.

I will leave you with a quote from Mr. Lee Kuan Yew on governing:

“You’ve got to do one of two things when you’ve got to keep people happy: either, give them something that will satisfy them – better food, better clothes, better homes; or if you can’t do that, then give them the vision of greatness to come”.

May you keep your team happy with the vision of greatness to come. 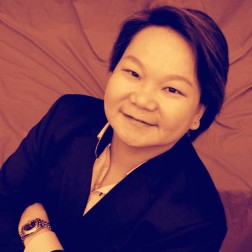