Many years ago, I had a friend who once said to me, “People pleasers are dangerous people, because they are cowards.”  I never really knew at the time exactly what she meant by that statement, but what I know for sure now is that whenever I say YES to someone and I really want to say NO, I put two things into motion: Dishonesty and Resentment.

You may be thinking, ‘What’s so bad about that?’, especially if you hold the personal belief that in order to be perceived as a nice person, you must say yes to others.  The truth is, saying yes, when you want to say no, is people pleasing and it doesn’t serve anyone, even the person you say yes to.

Dishonesty:  When we say yes to someone and we truly don’t want to, we are being dishonest with that person.  Someone recently told me they had been asked by a girlfriend to be her maid of honor.  She said she didn’t really want to, but told her yes anyway.  I don’t know about you, but I wouldn’t want anyone to be my maid of honor, if she didn’t really want to.  Who wants a maid of honor that is telling other people that she really didn’t want to say yes?  I would much rather she just say no, because it was more than she could take on at the moment and ask me to find someone that would be able to give her 100% and have her heart in it.  So now, not only is there dishonesty between friends, the bride to be has a maid of honor that isn’t truly excited about being the maid of honor.  Nobody wins here and the people pleaser is certainly not doing her friend any favors, but rather offering disrespect.

Resentment: When we say yes and it isn’t an authentic yes, because we have too much on our plate already or it isn’t truly something we want to participate in, we create stress in our lives by over extending ourselves and we end up feeling resentful and angry in the long run.  These emotions eventually get expressed in an inappropriate or unhealthy way.  For example, resentment has a way of building up and then something finally acts as a final straw and we act disproportionately to a situation or it can even take a toll on our physical health..

I truly recommend adopting the practice of “Discomfort over Resentment”.  It has worked miracles in my life.  I even say to people, “I am choosing discomfort over resentment here”, prior to sharing a no or setting a boundary. This simple statement alone lets down guards and opens up a space for authentic connection.

When it is uncomfortable to say no, but it is your truth or the best way to honor you, push through and set your boundary respectfully, with grace and just deal with a little discomfort on the front end, to avoid a whole lot of resentment on the back end.  Resentment and suppressed anger eventually pollute any relationship and it has a way of bleeding into all of our relationships, especially our relationship with self and our health.  A great response might be, “Thank you so much for considering me or asking me, but I just don’t have the time or energy to participate or contribute fully and be there for you, so I am sorry to have to say no at this time.”  Who wouldn’t respect that kind of response?

I think what my friend really meant by “people pleasers are dangerous, because they are cowards”, is simply this:  You can’t count on a people pleaser.  You can’t trust that they will be there for you, even when they say they will be.  They may even go through the motions, but their heart won’t be in it or worse, they will not follow through with their commitment (because they didn’t have the guts to say no to your face), or if someone perceived as more important to please comes along, you’ll get dropped like a hot potato.  So, maybe the danger of a people pleaser is that you will probably end up being hurt or let down by them, because they didn’t have the courage to say no.

Bottom line, a people pleaser isn’t really trust worthy, because the real motivation to please is about being liked and seeking approval from others, because of a lack of self-approval and self-compassion.  The funny thing is, people pleasing is not really about the person they are attempting to please, it is all about the pleaser attempting to feel better about themselves.

To learn more check out this article: “The 10 Signs That You Are A People Pleaser” 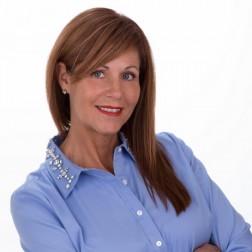 One response to “The Danger of Saying “YES””