Revenue per person (RPP) is a pretty simple number to calculate. It’s the total revenue or sales a company makes divided by the full- time people working there.

If your business makes $10 million in sales and has 100 full-time or equivalent people, you have $100k revenue per person. A business that makes $10 million revenue with 50 people ($200k perperson) and one with 150 people making the same amount ($66k per person) have very different futures. Both business owners can boast about their eight-figure revenue, but the smaller team will be hiring more people next year, while the bigger team is barely keeping its head above water and will likely start to shrink.

RPP is a powerful indicator of success. If a business maintains a high RPP, it can scale-up and hire great people quickly, grow without much debt or investment, innovate, take risks and acquire competitors. If a business has low RPP it’s fighting a difficult battle. It can only afford to hire low-skilled workers, can’t take chances, needs external investment or debt to grow, and a big mistake can put it at risk. It’s like gravity constantly pulling the business down and keeping it small.

RPP is the key to scale, profit, strength and agility. If you want performance, with few exceptions you’ll need higher than average RPP. Despite the obvious fact that RPP is correlated with growth, profit and success, there are almost no books on the topic. Searching Amazon for ‘Revenue Per Person’ gives you nothing but a few books that reference the metrics. Therefore, for millions of business owners, the secret to driving high RPP remains a mystery. Their businesses stay small because they don’t know whether their RPP is high or low.  If you search for the term ‘Revenue Per Employee’ in Google, his definition pops up in a special box:

How strange that even Google – a company that has itself mastered high RPP – can’t find a good definition with all its powerful algorithms. RPP is not a measure of how efficient employees are. It’s not a way of squeezing more sales out of every worker.

Consider a highly-motivated team of lumberjacks with sharp axes entering a tree-felling competition. The burly members of this group are as trained, strong and motivated as any person could ever hope to be. They compete against some low-skilled and barely motivated teenagers who have industrial-strength chainsaws.

Who’s going to win the competition for the most trees felled per person?

The motivated lumberjacks will pale in comparison to the teens with chainsaws. The result has little to do with motivation or squeezing performance out of every lumberjack – it has everything to do with the chainsaws.

Now consider a motivated family running a local cafe. They might be passionate, friendly, hard-working and well trained people, but the business still won’t earn huge money. In the USA, the typical coffee shop earns $60,500 revenue per employee.

Compare that with a team of bored, spotty teenagers working at Starbucks armed with a global brand, a bulletproof system, diverse products, better data and many other assets. Starbucks brings in an average of $109,500 per employee. The assets earn an extra $50k per person. What’s more, the average coffee shop makes a profit of under $5,000 per person, whereas Starbucks is making profit of $12,000 per person. Digital assets that scale create higher profit as well as revenue.

If technology wasn’t moving at warp speed, employee motivation or utilisation would probably be a leading factor in creating higher than normal RPP. However, in a world where the sixth richest person on earth started a company a decade ago in his dorm room, revenue per person has more to do with technology, insights, intellectual property and media. The fact that your competitor might be earning twice the RPP as you doesn’t mean they have doubly motivated people or they put twice the pressure on their people to perform. Their people probably don’t work double-shifts or have double the qualifications. It’s got more to do with the soft assets that their business has developed. Their people have been given chainsaws and your people are still swinging axes.

Revenue per person is a reflection of the assets your business has, and to a lesser degree how well you’re sweating those assets. I would assume that if you are reading a business book, you’re already motivated and driven and you inspire those around you to lift their game too. If that’s true, the key to your future growth isn’t about even harder work, it’s about developing high quality assets. 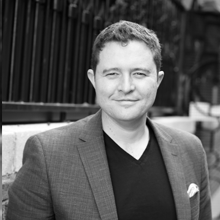