My guest in this week’s episode of The Dent Podcast is Brad Beer – a real trailblazer in the physiotherapy industry. Throughout his career Brad has delivered more than 25,000 physiotherapy consultations, and has attracted an A-list clientele, working with Olympic medalists, world title winning triathletes, an explorer who’s trekked 3,000km across Antarctica, and even Pink Floyd’s Roger Waters. In 2015 he released his first book, You Can Run Pain Free, which quickly became an Amazon bestseller, and he’s killing it in the podcast world with The Physical Performance Show. 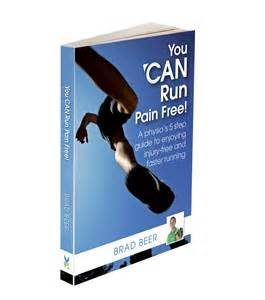 Brad’s been competing in sport since the age of nine, in tennis, martial arts, triathlon and distance running. He’s also been involved in physiotherapy from a pretty young age too, having founded My Back Physio in 2006, starting a franchise for Back in Motion in 2009, before setting up POGO physio in 2014. This company’s allowed Brad to flex his entrepreneurial muscle too, and his unique approach and delivery of content across a variety of mediums have seen the company become a seven-figure business as well as disrupt the industry in a really positive way.

Brad’s experience as a serious triathlete means that he’s able to apply his first-hand knowledge of competitive sport to his career in physiotherapy. He and his team at POGO Physio specialise in helping people to perform at their physical best, using innovative strategies such as his “finish line percentage” to make sure clients leave pain-free and at the top of their game. There are plenty of gems in this show and it’s sure to be really useful for anyone in the lifestyle business or building a business and brand around personality.
In this episode we get really into:

• The first dollar Brad ever earned – selling mangoes door to door!
• How niching has helped Brad become an established authority in a variety of different areas
• How he needed the creative freedom to do his own thing
• Creating an innovative business model in a traditional industry like physiotherapy
• Why Brad started creating content across loads of different mediums
• How he leveraged that content toward his business and recently achieved his first viral video
• Why Brad gives information away for free
• How he attracted A-list clients to his business
• The importance of working to your strengths in business
• Aligning fees with values
• Brad’s measure of success in business
• The three core values used by Brad and his team
• Why you need to communicate clearly with clients
• How Brad views delegation in business
• The first retreat he went on with his team

You Can Run Pain Free Book

Boundaries for Leaders by Henry Cloud

The 21 Irrefutable Laws of Leadership by John Maxwell

The Five Dysfunctions of a Team by Patrick Lencioni