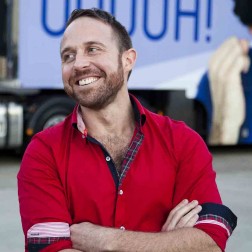 Sean believes that by unlocking the true potential that already exists in people we can identify opportunities we’ve never imagined and create a positive impact on the world. His reputation as a strategist, innovator and thought leader was recognised by being awarded a scholarship with The Marketing Academy as one of Australia’s marketing elite. As General Manager of Brand Strategy and Marketing at Telstra, his corporate career has seen many highlights including the brand transformation of Telstra which contributed to an increase in brand value from $4.8B to $8.7B between 2011 and 2014, 3.8M+ additional mobile customers added in 3 years and the Telstra share price reaching a 12 year high. He has supported world first’s such as James Cameron’s DEEPSEA CHALLENGE expedition and Ryan Campbell’s achievement as the youngest person to fly solo around the world, partnered with the City of Sydney to make Sydney NYE more connected than ever before and worked with Google Glass to create award-winning and life-changing applications for the hearing and visually impaired. As a former international fitness presenter Sean has positively impacted the lives of thousands of people with his energetic and inclusive style and has featured on four DVD’s alongside celebrity trainer Michelle Bridges of The Biggest Loser. It is Sean’s personal experience with overcoming depression, low self-esteem and the pressures of corporate life that led Sean to write You Don’t Know What You Are Capable Of – Four Steps To A More Energised You which will be published in December 2015. In it he provides people with simple tools and practices to answer the question “How can I find more energy for myself, and the people and things that are important to me?” 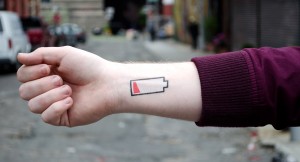