The #1 Thing I Can’t Stand About Podcasts 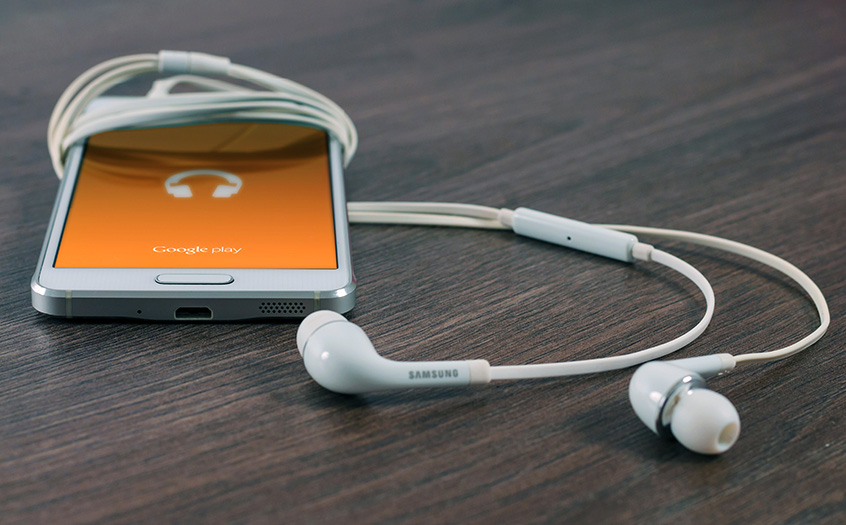 Podcasts have made a big resurgence these days. This is a very rare case in which a technology phenomenon shows two peaks, whereas the normal life-cycle in tech has almost the exact shape of one of those orange street cones.

I began my first podcast in 2006 — yes, almost a decade ago — and only went about 12 episodes deep until growing too busy and letting it go completely. To give you an idea of how long ago this was, the distribution and hosting platform I used was Odeo, which was owned by the same people who developed Twitter — this was before Twitter even existed.

Right after that — as I think of it, it was right around when Odeo passed away — podcasts seem to lull for a good season or two. They never died out completely, but just stood in the corner as a modern form of audio distribution, but not more than that.

Fast forward to today, and podcasts are once again all the rage. Odeo would be proud! In this present era, during the phenomenon’s second peak, you now have access to many new tools and resources for podcasters, people standing up as podcast specialists, and sponsors looking closely at this form of media as an advertising medium.

The content is better than ever, and the personalities jumping into the format are of higher and higher profile.

Yet there is one thing about podcasts that drives me absolutely insane.

Podcasts today are way too long.

At times, it seems like podcast hosts are out of touch with regard to how much of a time investment is required to consume their content. Audio is a linear-consumption medium, so there’s no such thing as giving it a quick glance, or skimming over it. You either listen to it, or you don’t.

As much as I love podcasts, I listen to them at 1.5 X speed (the app I use speeds up without changing the pitch, so no chipmunks). This allows me to consume a 60 minute podcast episode in 40 minutes. Whereas a time-saving of 20 minutes is nothing to complain about, it’s still a lot of time invested.

One could make a point that the problem is not the length, but rather the amount of filler podcasters have, and the amount of loose rambling they record. I guess that’s a valid point; however, if a podcaster is determined to publish a 30-minute episode, he/she will find a way to fill those 30-minutes, one way or another.

In other words, the format dictates the content, and unfortunately, not the other way around.

Now I don’t know about you, but I think there are way too many parts here. Why so many salutations and introductions? Why summarize the topic twice, one solo and another with the guest? Why have timely event announcements in a medium that is meant to be evergreen? And why do intros and outros have to be so long?

I think the main problem is that we’ve tried to follow a radio format in podcasts. You see, in radio you buy or secure slots in very defined time increments, usually from 30-minutes upward.

Once secured, you better do everything possible to fill in your time slot, so you can keep the audience’s attention up and engaged so they listen through the content, as well as your sponsor’s messages (after all, they pay the bills).

But what does this have to do with the goal of a podcast? Nobody imposes a defined time slot, so your content can be as fluid or as tight as merited by the content itself.

And speaking of the content, if we’re honest, the majority of podcast episodes’ content — the good bits — can be summarized in 4 or 5 bullet points. Don’t believe me? Listen to the next podcast episode and start taking notes of the really valuable tips. Coming up with 5 bullet points will be quite difficult.

Now I can complain about podcasts, or I can do something about it, right?

And by “minute,” I mean it literally. Each episode is just 60-seconds long.

Take a minute to listen to the first episode.

As you can hear, the shortened length on its own doesn’t tell the whole story. The DMM’s podcast structure is simple:

I’ve done away with all the stuff that people don’t come to listen to anyway, and reduced it down to the 4 – 5 bullet points that are as valuable as any other podcast episode 30 minutes and above.

You will even notice that in some episodes I even manage to fit in episode recaps, CTA, and other elements, while at the same time delivering valuable content.

In essence, I created the podcast that I would like to listen to.

Some of the reviews we’ve received so far show me that I wasn’t the only one feeling this way about current podcasts:

People today — especially business owners — are constantly looking for ways to save time. We have a need for efficiency in everything we do, as time is our most valuable currency. We can play content on-demand, but in the same way, we can fast-forward it, rewind it, speed it up, and even stop it when it fails to hold our attention.

A fast-paced world demands that we rethink all of our formats and begin catering to our audience’s current mindset and priorities.

Again, there is nothing inherently wrong with long formats… As long as the content is so valuable that it requires a long format. Otherwise, I see the beginning of an era with quicker bite-sized audio content — quite similar to what Twitter did back then, by introducing the 140 character limit on social posts.

Hopefully, The Digital Marketing Minute sets a trend in this direction.

This article was originally published on Creative Strategy Tips.