10 Ways to Give a Great Television Interview 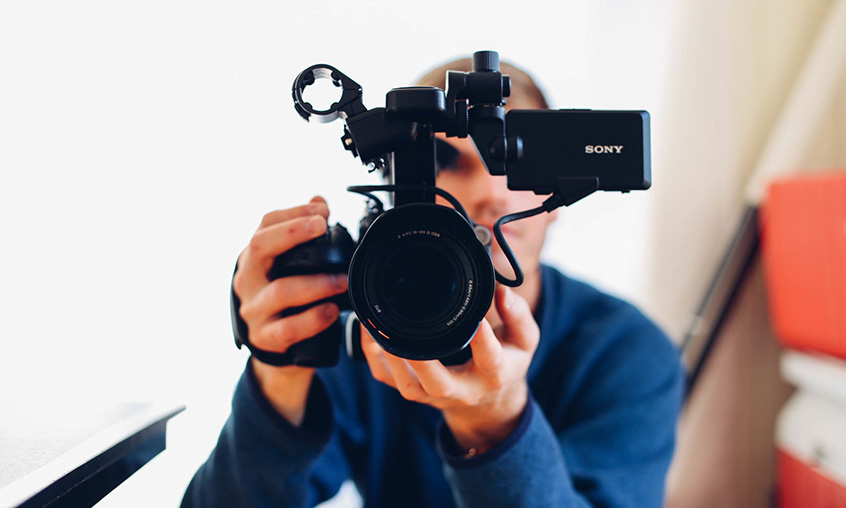 Being a guest on television is one of the best ways to raise your profile, but it comes with its challenges. Unlike speaking to a print reporter on the phone, or being interviewed on the radio while sitting comfortably in your office, television is very different and can even be intimidating at first. Being an industry expert and knowing your topic is only half the battle. With television, it’s show business, and you have to know how to be strong on camera, too.

1. Be animated and exciting

If you have a hard time showing emotion, you need to find a way to turn it on for the camera. Don’t be stiff or boring. Smile and show expressions. Practice putting some power behind your words and adding a little rise and fall (up and down) to your voice.

For in-studio guests, imagine you are just having a conversation with the host. It’s no different than if you were sitting and speaking to a friend. To keep it as natural as possible, I’m not a big fan of trying to memorize responses ahead of time, but just have a general idea of what you’ll say. Always look at the host and never speak to the camera unless you are told to.

3. Watch the length of your responses

The worst thing you can do is be one of those guests who answer with a yes or no response and then says nothing else. You need to elaborate. In most cases, 15-20 second answers are ideal. Remember, most guest segments are three to five minutes in length so keeping an eye on the length of your responses is important. It also never looks good when the anchor has to cut you off.

One thing every television producer hates is a guest who takes control of the conversation and only wants to talk about and promote himself. They start talking about their book, their company and make it all about them. Big no-no. You’re there as an expert to speak about a topic. Let the host plug you and your book. You need to concentrate on providing tips, insights and ideas around the topic you are there to speak about.

5. Use simple language and easy to understand words

Remember: in general, don’t go in using industry jargon and words people won’t understand. Keep it simple. Local news, for example, is written at a third grade level. Let’s say you’re a stock market analyst appearing on CNBC, that’s different. Then it would be acceptable to speak at a higher level. Always know the audience you’re speaking to and, in most cases, keep it simple.

6. Be ready for the question you don’t know the answer to

Unfortunately, it happens. You’re a guest on television and the anchor asks you a question. You don’t know the answer. Never say “I don’t know” and go silent. While I believe it’s okay to tell a print reporter you don’t know, but that you’ll get back to her with the answer, that doesn’t work on live television. Saying “I don’t know” is perhaps the worst thing you can do on TV. Remain calm and talk about what you do know related to the conversation.

7. Be ready for the curve ball

The rule with television is always be ready for anything, no matter how many times you have done it or how comfortable you feel. When you least expect it, the anchor will throw you a curve ball and ask you something personal or totally off topic. An example of what I’m talking about: my client was a guest on live national television discussing the spending habits of wealthy people. The host, out of nowhere, says, “What’s your net worth?” My client handled it like a pro and said, “I’m a minnow in a sea of whales.”

A crutch word or a fallback word is a word that someone uses to help them get started when responding or they throw into the conversation too often. A few examples: I think. Well you know. Yeah. Right so. Absolutely. Certainly. Don’t be too concerned with this if it’s your first time doing a television interview because you might not use these words and it will just distract you from the interview, but it’s definitely something to pay attention to as you go along and start doing more TV.

9. Drug yourself, legally of course

There are some people who are just terrified of having to go on television and understandably so. I know plenty of people who visit their physician ahead of time and get an anti-anxiety medication or beta-blocker to help control their nerves. Unlike alcohol, with these prescribed medications, you feel more relaxed and are fully aware of what’s going on and are able to speak intelligently and calmly.

The more you appear on television, the more comfortable you’ll become and the better you’ll get at it. In the beginning, practice by having a friend or colleague do a mock interview with you. Record it and watch it back to see what you like and don’t like. If you’re going to be appearing in the press often, you can also take a media training class. Another thing I highly recommend is watching television interviews with different guests. You’ll get more comfortable with how the process works and you can learn a lot from the guests who are really good. Before you try to get booked in a top media market like New York City or Los Angeles, start out in smaller markets and build your skills.

Being a guest expert on television will help you raise your profile significantly and help you become a key person of influence. Make sure you’re ready when the time comes because those clips can be leveraged in so many ways to open up new opportunities, drive new business and lead to future television appearances.

[Tweet “Being a guest expert on TV can rapidly raise your #profile. Check out these 10 stellar top tips…”]