12 Things We Can Learn From Tim Ferriss 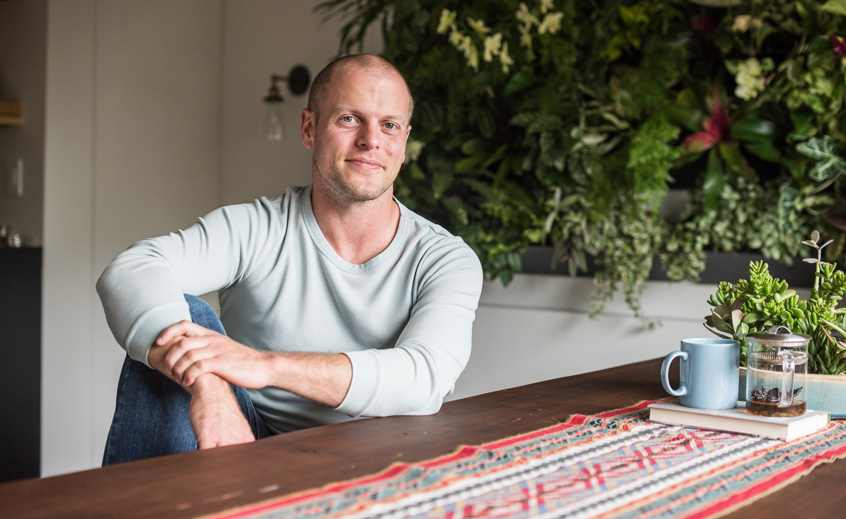 I need to be clear up front, I haven’t actually met Tim Ferriss. The idea for this article started when I watched the Chewbacca Mom video and started thinking about whether George Lucas had seen it. I wondered about whether he gets the impact and joy his original creation has on people’s lives on a daily basis (he probably does have an inkling given all the fan sites and products available).

Then I thought about the people that have influenced my life. Tim Ferriss, through his books and podcasts, is one of those positive influences.  I’ve listened to every one of his podcast episodes in full, except for 2. They were long ones that got into detailed discussions of supplements and gymnastics. Each episode ranges in length from 20 minutes to 3 hours, with the average being around 90 minutes. With over 170 episodes that’s a lot of time I’ve spent listening to Tim’s view of the world.  Makes me sound like quite the fan-girl and I guess I am, hopefully in a good way.

I thought about the number of changes I’ve made as result of listening to him and reading two of his books. I was stunned. So many daily habits have changed. I’ve captured 12 here but there are likely more.  I’m sure there are some that are now so embedded I don’t realise where they came from.

This simple book, also available as an app, involves writing down a few key points each morning and evening.  It’s a daily stocktake that is easy to do and anchors me to both gratitude and possibility.  I’ve had the book since the start of this year and use the app when travelling. It’s easy to talk about being grateful but committing to noticing 3 things every day takes my gratitude attitude to another level.

Tim mentioned this idea first in a short podcast about The Magic of Mindfulness (Episode 123). The idea is to have a dedicated jar for storing small wins in life written on separate pieces of paper.  I love this concept. I can go through my paper notes anytime I feel overwhelmed and need to reflect on what I’ve achieved.

I think it was Rick Rubin who first discussed this item when interviewed on the podcast.  A Chilipad is like an electric blanket.  But it works by circulating water through a thin pad that sits on the mattress and under your sheet. It can cool or heat. Each person has their own controls.  I can set the temperature for what works best for me and my husband can decide what setting he wants. If he wants to use it at all.  What I love is that it takes temperature out of the equation for getting a good night’s sleep.  It is amazing on hot, humid nights.  No more tossing and turning on a hot slab.

Tim has talked about meditation on many occasions, as have many of his guests.  I tried the Headspace app but have now returned to Holosync.  I first started using this audio program years ago. It’s the lazy person’s way to meditate. Soothing brainwaves happen via music and rain sounds, there is no need to do anything else.

Tim interviewed a guy referred to as ‘The Iceman’, Wim Hof. He takes ice to extremes and believes it has many beneficial effects on the body. I’m not doing regular ice baths as Tim does but I am finishing my morning shower with 30 seconds of cold water. What a way to kick start the day!

Until I started listening to podcasts, I’d never thought of listening to an audio book. I’ve since discovered that it works well for me. My favourite books of the last year have been ‘The Obstacle is the Way’ by Ryan Holliday and ‘Creativity’ by Ed Catmull. Both authors have been on the podcast.

It wasn’t until Tim interviewed Phil Libin, the creator of Evernote, that I finally started to get the power of this program.  I had ‘notes’ on my phone and my Mac and thought that was enough.  Ha, how deluded I was.  I now use Evernote many times every day.  I use it for:

• writing agendas for meetings and turning them into checklists

• articles I want to refer to later

One of the best parts is being able to organize my ‘notes’ into notebooks.  I can then stack related notebooks into one grouping. Everything is finable through tags as well as the search function. Evernote can even search handwriting.

This is one of those small things that makes me smile every time I use it. The plugin loads an image as the default background for any new tab I open in Chrome. Twice each day I get a new photo. You can use it to keep focused by writing what one thing you want to achieve that day. I just like looking at the photos. They are beautiful and inspiring.

Unlike Tim who used to struggle with swimming, I’ve been a swimmer from the time I could walk. As a kid I had a season ticket at the local pool.  I love being in the water. But after swimming laps for years I felt a bit bored, like I’d lost touch with why I did it.

And my stroke wasn’t improving.  This is despite the volume of swimming I was doing or the guidance from different squad coaches.  So I tried Total Immersion, a style of swimming that works with the water rather than trying to fight it.  I’ve become a convert.  I love the ease and flow of it.  The longer I’m in the water swimming in the Total Immersion style, the better I’m moving through it.

Pavel Tsatsouline, one of Tim’s guests, introduced the kettle bell to the US. Tim talks about the power of the swing on the podcast but goes into more depth in his book, The Four Hour Body.

I don’t want to spend hours at the gym or create some complicated strength training regime.  Tim talks a lot about the concept of the MVD, or minimum viable dose. Or how to get great results from minimal effort.  Kettle bell swings are now my MVD for strength-training.  Since I started doing 75 kettle bell swings 2-3 times per week I have less lower back aches and pains.

I listen to many others now that I’ve experienced the power of what they can bring. I listen in the car as I’m going to different meetings or at home when I’m getting ready in the morning or cooking.  My other favourites are:

• StartUp Podcast – started by Alex Blumberg, former producer of This American Life, about the challenges of starting a business

• Not Another Business Show – a show about business but very well crafted. It’s more like a radio program around specific themes and typically features a number of guests each episode rather than an interview with one person.

Jane McGonigal is a game designer who advocates using technology to channel positive attitudes. In her interview she spoke about how good game playing is for your brain as well as your emotional equilibrium. Her game of choice is Tetris. I now play the Tetris app on my phone for 10 minutes each day.

I haven’t achieved anything jaw dropping since I started listening to the podcast or reading Tim’s books. It hasn’t changed my life. But what I’ve learnt has definitely enhanced my life.

So no, I haven’t met Mr Ferriss. Would I like to one day have a chat? Sure. Although I’m not in the world class rankings for anything so not sure it would be that interesting for him. But anyway, the bigger point is that I don’t need to meet him for him to have a positive impact on my life. Who has influenced the way you live your life?