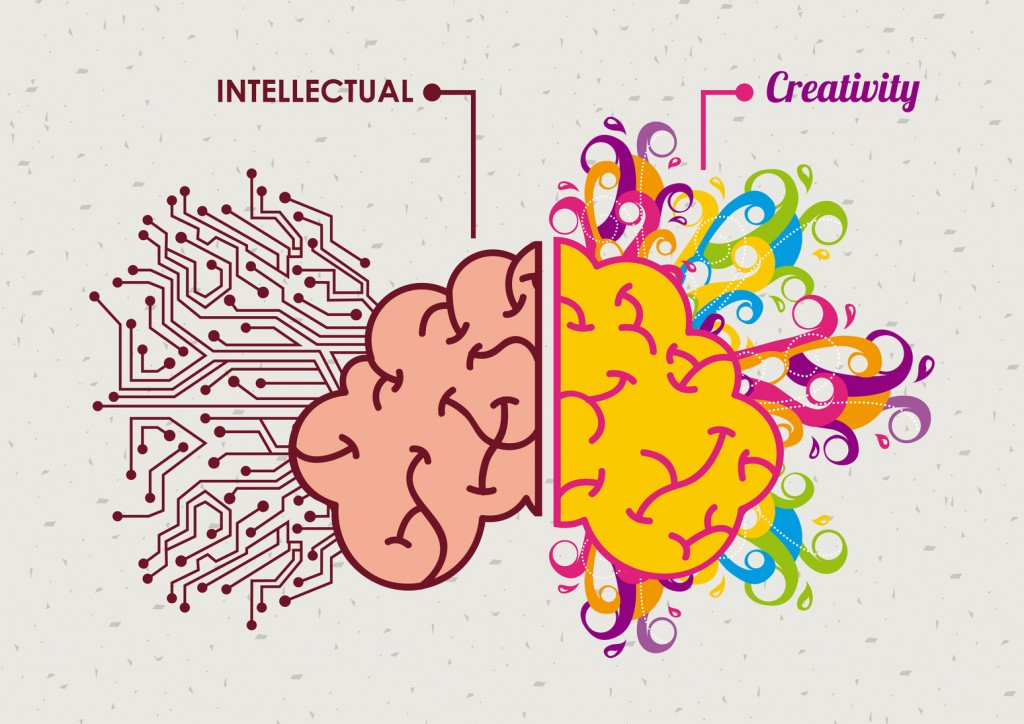 I belong to the school of thought that affirms that each and every one of us has the ability to activate our creative mind. Nothing frustrates me more than a person who says they’re a “frustrated creative.” It’s more likely that something — maybe even internally— has caused them to limit themselves, rather than a genetic obstacle that blocks them from thinking creatively. In fact, most people disregard many small creative tasks they perform on a daily basis, including the way they move and express themselves.

By default, we’re all born as creative beings. However, some of us need a bit more help to tap into our creative talent. Here are three techniques to jog your ability to think of fresh and new ideas.

1. Input Stimulates Output. When I was in advertising school and taking art classes, I reached a point where I felt a bit stumped in my ability to generate ideas. After taking a hard look at myself and my surroundings, I realized that I was making a critical mistake: I was discarding ideas too quickly, just because they didn’t feel too familiar to me.

By “discarding,” I mean that I spent absolutely no time considering whether there was any value in them. It happened to me with certain forms of art and music, with some dance styles (as an audience member — I’m a terrible dancer!), and others. If it was outside of my comfort zone, I showed no regard for it, even to the point of calling it “garbage!”

As soon as I realized my mistake, and corrected it by being more patient and consciously trying to find something good in absolutely everything, only then did my mind open up to new ways of thinking and new perspectives.

This way, I infused my brain with fresh prime matter. In reality, that’s all creativity is: the re-organization of previously perceived ideas. The more ideas I accepted into my mind, the more prime matter I had available to work with.

Mindhack #1: Learn to observe the world around you without being critical, but rather identifying the positive aspects of everything.

2. Going For The Unpredictable. Next time you’re looking to create something, take the first idea that comes to mind, and put it on ice for a bit. Why? Because that first idea is probably what is most comfortable for you, and comfort usually signals that it’s pretty normal to you already. Therefore, it has nothing to do with the new and fresh. No need to discard it completely, but just set it aside for a bit.

Now step out into the area you’re not comfortable with. Even try to go in the complete opposite direction of the very first idea that came to mind. For just a bit, don’t worry if the idea travels too far from your subject matter. Stretch yourself first, then whittle away until you land closer to the main subject, but from an unexpected point of view.

This exercise will help you break from your routine patterns of thought, and reorganize your thoughts in more ways than those your mind normally produces.

Mindhack #2: Lay aside the first idea that comes to mind, and challenge yourself to see the task from a different perspective.

However, we also have to recognize that nothing we create is truly original. We are constantly pulling from other sources, whether consciously or not (see Mindhack #1). Because of this fact, there is actually a technique to copy other people’s work, while at the same time being 100% creative and original. It sounds contradictory, but hang with me here.

If I wanted to design a website, and took another website and copied it tit-for-tat, that would absolutely be plagiarism. However, if I found a source from another medium — let’s say from music, literature, or even culinary art — I could extract the aesthetic qualities from that source and reinterpret them as visual cues for my website.

For Whom the Bells Tolls, Ernest Hemingway: Direct images, down to earth and uncomplicated with emotional tones.

These are just a few qualities that occur to me with those sources, which definitely provide me with fantastic queues to follow with visual and even interactive ideas. Yours might be completely different, which is the whole point! By tapping into the unique way we each respond to a source, we’re effectively creating something original from someone else’s work… copying while being original at the same time.

Mindhack #3: Choose a piece from a different medium than what you’re trying to produce, extract the aesthetic qualities your mind perceives from it, and apply them to your new piece.

Whichever Mindhack you decide to use, just make sure that you’ve looked at your problem or situation with fresh eyes and have generated enough ideas to pull from.

This is an excerpt from Alex Rodríguez’s book Digital BACON: Make Your Online Presence Irresistibly Attractive