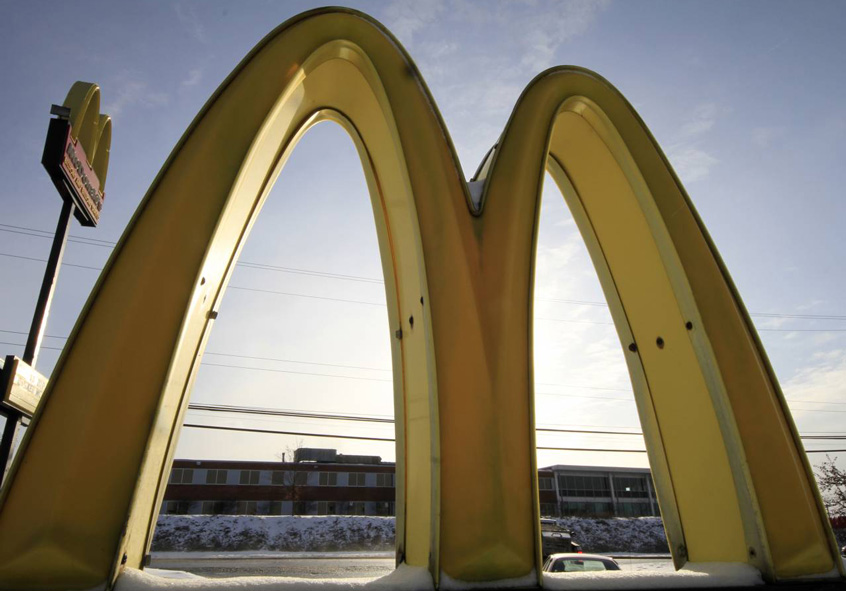 Few brands are as recognisable as McDonald’s. Although the global fast food chain has been having trouble of late as customers plump for more fashionable ‘fast casual’ food from the likes of Nando’s and Chipotle, ot remains the largest restaurant chain by revenue in the world. It didn’t get to more than 36,000 outlets by accident. Here are some of the lessons your business can ‘take away’ from its success.

1. It’s all about the processes

I worked at McDonalds in the UK for 27 years, doing the ‘whole gamut – from flipping burgers to running a number of departments within head office. Now I teach business owners to run their organisations in the way that her former employer does. It took me a while to get my head around what I had actually learned. Nobody talks about “systems” but everything is systemised – there is a system for absolutely everything.

The key to making sure everything runs slickly and can be scaled quickly is ensuring that everything that people have to do is simple, logical and repeatable. In a small business if you hire the right people then leaving them to get on and do their own thing can work just fine. But as you hire more people and the leader’s ability to monitor everything that’s going on diminishes things can turn sour quickly.

McDonald’s is legendary for its thorough systematisation of everything that occurs in its business – from the way its eggs are sourced to the amount of ketchup that gets pumped onto each of its burgers. That helps it remain consistent. If you want your business to remain equally consistent as it grows then you need to put in place similar processes, rather than leaving everything to chance.

All businesses begin with a plan of some sort but it’s easy to stop following them. Keeping your business plan up to date is something that can easily fall to the bottom of one’s to-do list. But this has been crucial to the success of McDonald’s. They plan every three years, every year and every 90 days, and the company involves it suppliers, franchisees and staff in the process. That keeps the rhythm of the business going and it helps ensure continuous improvement. It sets the direction, everybody knows the direction and everybody follows it.

3. Consistency where it matters but flexibility when it’s needed

Order a Big Mac in Bangkok, Honduras or Huddersfield and you know exactly what it’s going to taste like. That consistency is what makes the golden arches so appealing – if you’re in search of something cheap and tasty no matter where you are in the world (barring the few countries without McDonald’s) you know where to find it. And it will always come wrapped in that consistently branded, primary colours packaging. Its core menu remains pretty much the same the world over but it has plenty of regional variations too – from spicy paneer wraps in India to teriyaki burgers in Japan.

And McDonald’s doesn’t let its consistent processes stop it from moving with the times – its low key and comfy restaurants of today (in the UK at least) are a far cry from the gaudy yellow plastic of old. After the moral panic over its nutritional value back in the early noughties it introduced salads (they’re still pretty calorific but everyone needs to eat more greens). And last year, under siege by more upmarket competitors, it launched the ‘Signature’ range of burgers, with a ‘thicker beef patty’ served in a ‘brioche-style’ bun.

It’s not immediately obvious given the company’s unswerving consistency but McDonald’s doesn’t own the large majority of its restaurants. Franchising allows a business to grow more rapidly than it otherwise might because franchisees put in their own money. That also takes a lot of the risk out of rapid growth and makes it easier to weather a downturn in the economy. But McDonald’s still owns a decent tranche of its own outlets. Having direct control over those makes it easier to trial new processes and products before rolling them out to the rest of the empire. Obviously franchising isn’t an option for every small business but if you’re willing to cede a bit of control then it might be worth exploring.

5. Make the most of your people

‘McJob’ has come to be a slur, implying that those who end up flipping burgers and asking if we ‘want fries with that’ are stuck in a dead end role with few prospects in life. It’s a perception McDonald’s fiercely contests, and with good reason. It’s actually a big spender on training and development.

You’d get some spotty teenager come in to work for you who’d been chucked out of the education system and within days they’d learned a new skill and were contributing to a team. It’s that tremendous, very simple, very basic training that allows people to take ownership at every level. If you keep things as simple as they possibly can be, and if they are logical, and therefore repeatable then you can really train anybody to do anything.

Performance management is important too – making sure the high achievers get the recognition they deserve and those falling behind get the help they need to improve. In organisations without that, ‘good people get hacked off and those who aren’t performing just carry on not performing. Training people up keeps them loyal, too. I left seven years ago now and I am still ridiculously loyal to McDonalds. They don’t just develop you as an employee they develop you as a person and that training never stops.