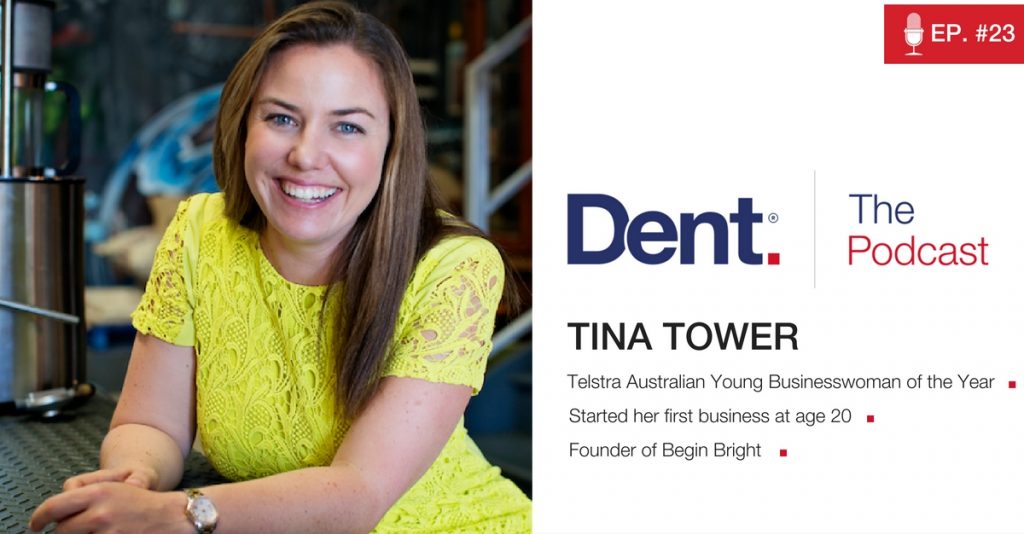 My guest in this episode of The Dent Podcast is the unstoppable Tina Tower. From reading Tina’s bio, you’d be forgiven for thinking that she was a lot older than 32. She invested in her first property at the age of 18, started her first business aged 20, and by the time she was 30 had built and sold two businesses, had two kids, and set up a national franchise network. In 2014, Tina was named the Telstra Australian Young Businesswoman of the Year and in 2016 was named one of ten Australian entrepreneurs to watch.

One of Tina’s greatest successes has been launching and overseeing the amazing growth of Begin Bright – a company of school readiness and primary tutoring centres that pride themselves on creating happy, smart and confident children. Tina founded Begin Bright in 2008 and when she began franchising the business in 2011 she became Australia’s youngest female franchisor. There are now 30 franchises across Australia.

Tina’s journey is one of learning curves, overcoming adversity and figuring out how to balance family life with business. She’s amassed plenty of wisdom along the way and in this episode really opens up about some of her greatest highs and lows. It’s a great conversation and is incredibly useful for anyone interested in the inner-mechanics of franchising, how to build a strong personal brand and approaching team culture.

In this episode we talk about: