Get More Hours In Your Day - Key Person of Influence

Get More Hours In Your Day - Key Person of Influence 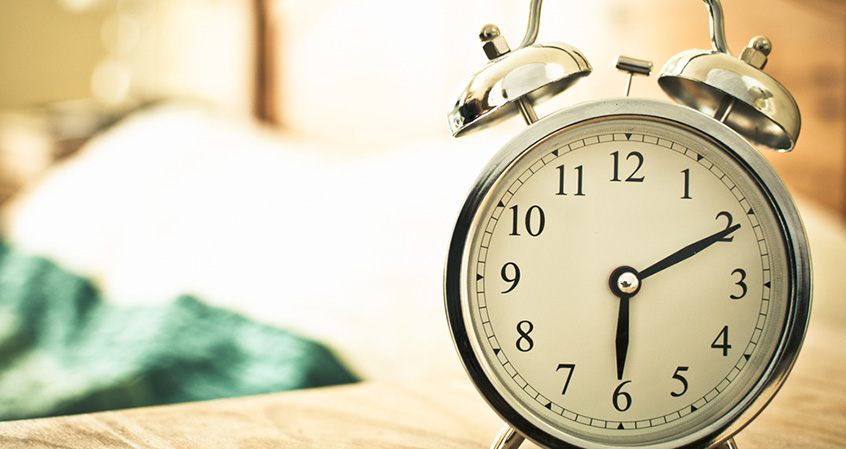 We’ve all fallen prey at some point to the excuse that there aren’t enough hours in a day. There aren’t enough days in a week, weeks in a month, months in a year and so forth. What would you say if I told you that I’ve found them?

Controversial as this blog may be, there is a direct correlation between sleep and success. Having looked at successful people like Sir Richard Branson, I found that many are members of the elite 5am Club who begin their day at 5 in the morning. On finding this out a few years back, I decided it was only right that I joined the club too. Not many people are up at 5. It’s a bit of an unsociable hour. Perfect – no distractions. Within just a few weeks my life had transformed.

After I get up (waking to an app that matches my circadian rhythms) I head to the kitchen and consume a blend of nutrients coupled with a glass of water with a pinch of Himalayan rock salt added to alkalise the body and replace fluid that I may have lost overnight. The body is a complex machine – look after it!

Shortly after 5 o’clock I begin on my self-development. This can comprise a number of additional things but will always include 30 minutes of reading, 15 minutes on my Daily Reflections (which are available to download for free on the burnthebullshit website), and at least 15 minutes that I spend planning my day with my goals in mind, setting 3 clear targets for that day.

That takes me to 6 o’clock. At 6 o’clock I train – weights, running or some form of hybrid training. I like to get training done in the morning for a number of reasons: I can’t later get side tracked and miss a session, it sets me up mentally for the day and it also kick-starts my metabolism for the day. The benefits are endless. By the time I am done with these initial two phases of my morning routine I’m firing on all cylinders both mentally and physically, while most people are still only just getting out of bed.

So, why do I tell you all of this? Let’s talk a little bit about sleep. How much sleep should we have? Well, ‘scientists say’ (and my Nan too) that we should have 8 hours of sleep every night. That theory is fine, I used to use that excuse too. Previously when waking up tired I didn’t realise that I was in fact oversleeping – I even thought that it was because I was under rested and overslept more. Have you ever had a day where you had a long sleep and then woke up feeling groggy? Perhaps so much so that you struggled to snap out of that state for the rest of the day?

‘Some of you don’t want to succeed as much as you want to sleep.’ – Eric Thomas

I mentioned earlier that I looked at how much people were sleeping. I looked at Arnold Schwarzenegger, an extremely successful man in a number of categories. He said in his 2009 Commencement Address at University of California that he sleeps 6 hours a night: “There are 24 hours in a day. You sleep six hours and have 18 hours left. Now, I know there are some of you out there that say well, wait a minute, I sleep eight hours or nine hours. Well then, just sleep faster, I would recommend.”

Now here is a man (a big one at that) who is advocating sleeping for 6 hours and delivering consistently great results in his life. He pretty much blew my ‘needing extra sleep because I train a lot’ excuse out of the water, world champion body builder that he is! My personal findings after sleeping an average of 5 hours and 40 minutes a night over the space of 90 nights were (amongst other things) that I had more energy, a better body, greater results within my business, was studying more, felt more focused and, I would go so far as to say, got a real sense of personal gratification.

I once dismissed an employee because I found out that she was being dishonest with her spouse about smoking. She had told him that she quit a year ago but was consistently still smoking around 10 death sticks a day. Legalities of the dismissal aside you may say it sounds trivial. Is it really trivial when you consider that this person’s spouse should be the person for whom she held the highest respect and yet she was lying to him?

If people can lie to their spouses, what would they do to us? She lacked integrity and one of the core values of the company is congruence, walking our talk. If you want to know what someone is really like, take a look at how they treat the ones they claim to love and you’ll get an idea of what they have in store for you. As I said, how we do one thing is how we do everything.

Okay here’s the exciting part: maths! If Person A sleeps 8 hours a night and Person B sleeps 6 hours a night, then there’s a 2 hour difference in how long they’re asleep. What that means is that there’s a 2 hour difference in how long they’re awake. Now, let’s multiply that across the year. 2 hours, every single day, 365 days a year equates to 730 hours of sleep. 730 extra hours Person B gets to be awake every year. That means Person B gets an additional 45 of Person A’s 16 hour days every year! An extra month and a half! Compared to Person A, Person B is alive for 13 and a half months every year!

I honestly think that if you have the audacity to claim that you’ve got dreams, visions, beliefs, aspirations – and you’re sleeping on them – then you don’t want them bad enough. Simple.

The Challenge:
Mind over mattress.
I challenge you to try the 5am Club on for size. If you work night shifts or have a schedule that doesn’t permit this, then exercise a degree of common sense and adapt the plan to suit your needs. The key thing I am challenging you to do is not so much get up at 5am; it is to stop oversleeping. Drop the excuse that you need 8 hours and try 6.