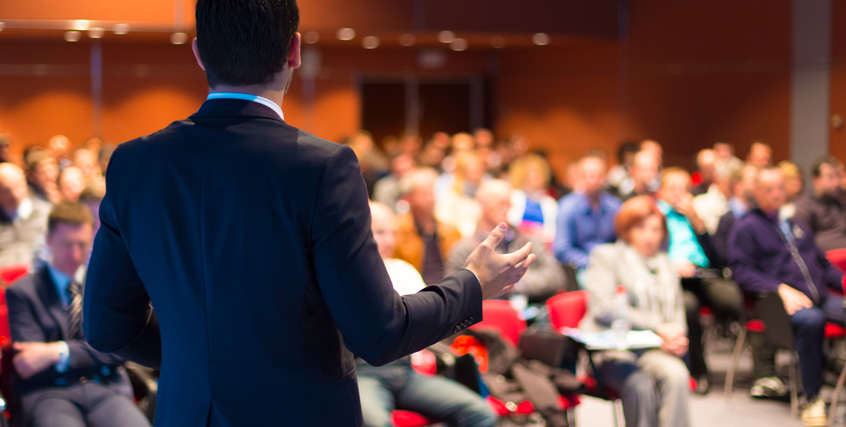 I recently attended a business seminar with a couple of notable Influencers touted as headliners. There were some other names listed that I hadn’t heard of, of course, because the seminar lasted three whole days. THREE DAYS!

I have a hard time sitting through one full day of content anymore. As attendees, we want to learn something new and be shown how to implement that new innovation; and then be let loose to implement. We are totally over sitting in a hotel conference room for hours, and then being sent to the back of the room to buy into one big program after another. *Yawn* So 1990s.

The first speaker on the first day of the seminar, the most notable Headliner, was who I most came to see; and he delivered. Terrific content, interactive Q&A, a group photo, and then his posse lead him out of the room. Then out of the hotel. Straight to the airport. (#Baller!) Word from the underground was that the other speakers were squabbling over who got the stage after the Headliner.

The “follow-up speaker” proceeded to get on stage and encouraged the attendees to stand up and give the Headliner a big cheer; which we did, because Headliner earned it…and then “follow-up speaker” took a selfie with the cheering crowd behind him. And posted it on Facebook. (#Shyster!) I walked out. Didn’t come back until “follow-up speaker” was off the stage. I was that put off by this dick move and had no interest in hearing what he had to say after that. He was just selling some tired program, anyway.

I don’t go to seminars to listen to some recycled sales hype; I go to learn the best thinking and innovative practices of others and to meet influential people. Smart professionals want to partner with Influencers and Innovators. They want collaboration. They want value. Trust. Interaction. This is the way we do business now and will continue to in the future.

True Influencers are magnetic and make me want to do business with them because they are authentic, credible, and deliver a full and remarkable solution to a very real problem…not a plug-and-play biz model that they will sell to anyone with a credit card. That’s the difference between being a coveted Business Speaker versus a “stage seller.” Influential Business Speakers don’t have to sell. They deliver fantastic content and then *drop mic*. And then they get led away by their posse while people clamor after them.

“Valued Business Speakers get paid to be on stage because they attract the right crowd.”

Magnetic, influential Business Speakers openly share their best thinking and their strategies. They attract the audience with their clarity, authenticity and credibility. They don’t have to play a slide show on stage showing photos of them working with celebrities, along with their bulleted list of accomplishments. (Yep, I saw that at the seminar, too…right before that particular stage seller passed out the order forms for his plug-and-play program.)

If you’re a real Influencer, people already know your pedigree and they show up to see you; just like the Headliner that drew me to this particular conference. Once he was gone, so was I.

“It’s all about Influence. You either have Influence, or you have to influence people. That’s the big distinction.”