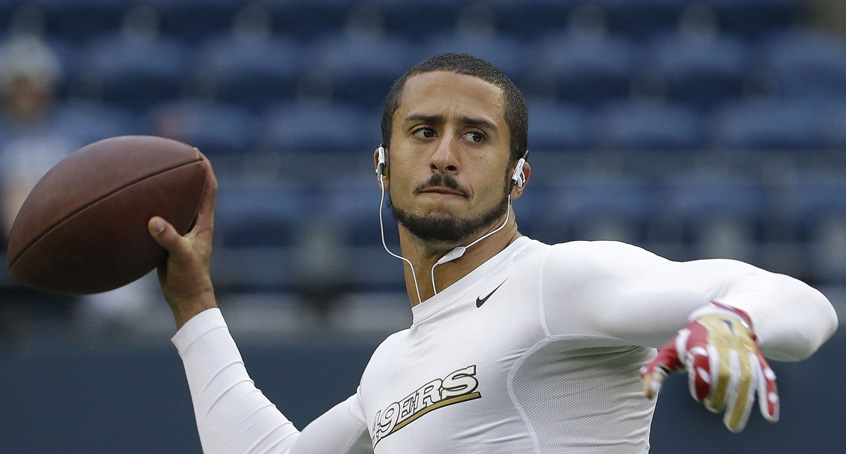 First things first, this is not a political post. Truth be told, I am politically and ethically neutral when it comes to Kaepernick’s actions and his method of employing his civil rights. That said, every single day I am fully aware of how indebted I am to our country’s military and law enforcement officers, and this sort of statement is not one that I would personally consider an appropriate display of my own beliefs.

Otherwise, I find Kaepernick’s sudden rocket-launch back to media and water cooler relevance beyond fascinating; personal opinion and politics aside.

Strictly speaking as a personal branding pro, I think his platform is brilliant. Colin Kaepernick is interesting again. People are talking about him. People are arguing about him, fuming over him, firing off passionate articles and blogs and video clips like this viral gem:

But people are also featuring him on magazine covers (like the Oct 3rd issue of Time Magazine) that he would NEVER have appeared on at this point in his barely-relevant NFL career. Let’s all admit, he was likely on the chopping block next season. And now? Who knows. But you can bet that the 49er’s execs are wondering how they can let him go without prompting a lawsuit. Think about it. Ending his contract isn’t going to be a simple cutting of ties due to QB performance anymore.

National media headlines while securing his contract with one simple knee drop.

Does Kaepernick have the kind of brilliant mind to concoct this brazen scheme to elevate his personal brand? Nah, I doubt it. I believe he is genuine in his personal ethos; and regardless of whether I agree with him, I applaud his bravery and commitment, despite severe scrutiny. It’s engrossing to watch how the public has reacted to his beliefs and chosen method of expression. Anger. Hate. Heated public shaming and heart-felt public support. Other players are following suit. Some are turning their backs on him. I think there are very few of us who are neutral, and most who are talking about him are at completely opposite ends of the debate. Polarized.