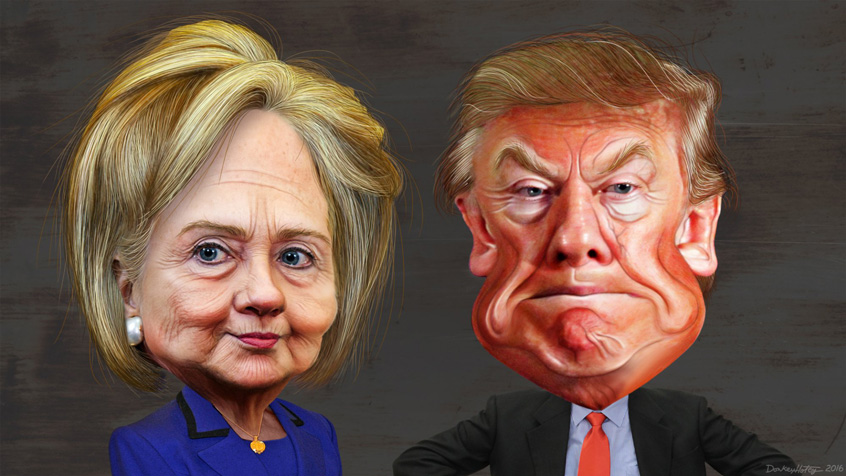 A wise friend once said “If a person can’t do an impression of you, then you haven’t made an impression.” (Thanks to Chris Jenkins for that gem.)

The below article from the New York Times has been circulating and causing a lot of discussions. Something about it didn’t sit right with me, and after a quick chat with my mom, I figured out what it was.

Donald Trump has said and done some outlandish things during his U.S. Presidential campaign. “Grab-Them-By-the-P*ssygate” is just another to add to the list. (Watch the below video if you aren’t easily offended by adult language and brazen narcissism.)

These behaviors were the impetus for the above New York Times article, which implies that the great divide between what’s okay for Hillz and what’s okay for The Donald is a matter of sexism. I don’t agree.

There are two things at play here:

And I’m going to prove that the 2nd variable is the most important.

Environment dictates performance. What does this mean? It means that you act the way your environment dictates is acceptable. Why is it okay to scream at a football game but not at a golf match? Why is okay to take your shirt off and paint colors on your chest at a pep rally and not at a staff meeting? Your environment sets that expectation. Why is okay to be belligerent, cut-throat and crude on reality TV but not during a presidential campaign? That particular environment hasn’t been subject to this behavior until now…and this type of conduct, in an unusual and unaccustomed setting, is causing a global stir.

Powerful personal branding sets expectations. A known, polarizing, caricature-inspiring, Saturday Night Live impression-making personal brand is familiar. People recognize the behavior of a public figure with a strong personal brand from constant reinforcement. Donald Trump has spent his very visible lifetime being a ruthless, uber-successful, womanizing real estate mogul-turned-reality TV star. Hillary Clinton has spent her equally-visible life studying politics, meeting global leaders, advocating for children and families, and refining her poised global leader persona; as has every Presidential candidate before her. This is the collective expectation of a Presidential candidate during campaign season.

As I was chatting with my mom, my position became clear very quickly. My counterpoint to the New York Times article was that those same “what ifs” could have been written about a high-ranking, male military leader. If these ridiculous behaviors would have leaked as demonstrated by the Secretary of Defense, or even the polished President Obama, there likely would be nationwide uproar. Would it be as big a deal as if Hillary Clinton had claimed to grope men for sport? Who knows; likely there is still a degree of sexist expectation and “boys will be boys” attitude at play. But, as I see it, the Times article is short-sighted in only looking at one component of why a large percentage of US citizens are willing to look the other way.

What we have in this Presidential election is a powerfully familiar political personal brand vs. a powerfully familiar reality TV star/business shark personal brand. Two completely different concepts on one confused stage that, until now, only hosted one kind of performer. And, to me, beyond sexist expectations, this is why American citizens are more willing to look the other way when it comes to The Donald and his crass remarks. Not so much because he’s a man, but because he’s The Donald…and that’s just the kind of familiar behavior that we have grown to expect from him.