Risking It All - Key Person of Influence

Risking It All - Key Person of Influence 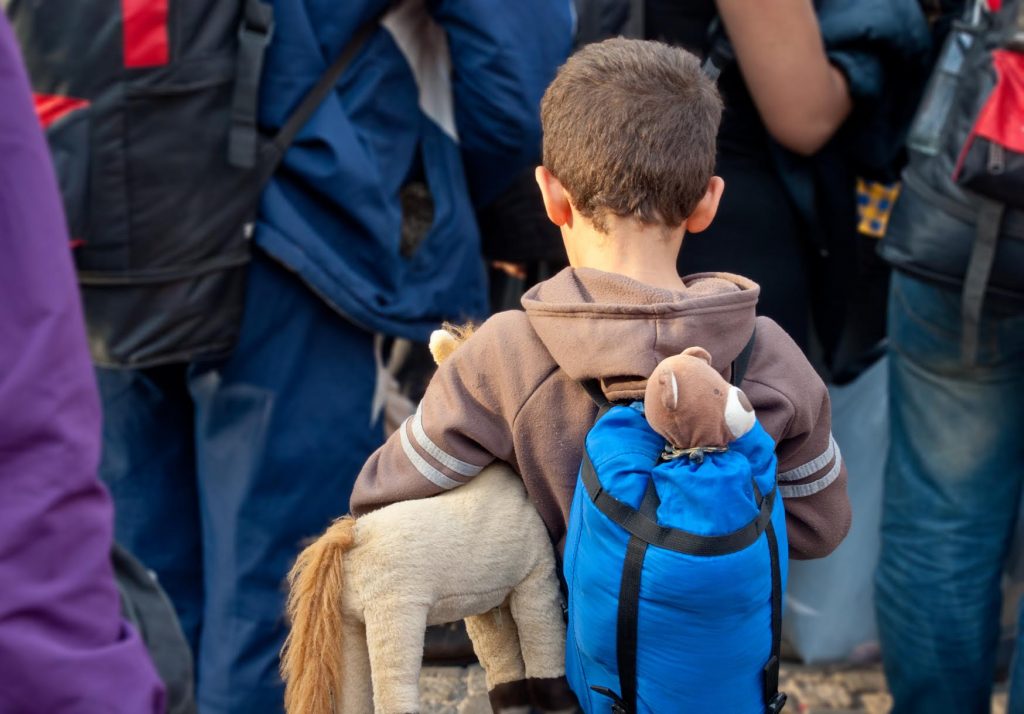 This post isn’t about entrepreneurship. It’s about an issue that I’ve been grappling with for a while. Be aware that this post may generate debate that will likely be upsetting. Debate that’s constructive and compassionate is welcome. All other comments are not.

As a father of young daughters I remain forever vigilant of their safety and happiness. I look into their eyes in complete wonder of what they’re thinking and how they learn and adapt to their surroundings. The other evening my wife and I enjoyed the rare privilege of watching a film together called Inside Out. It’s an incredible portrayal (done the Pixar way) of how young minds are organised to flourish based on their earliest memories. Throughout the film you are introduced to a team of five little characters (Joy, Sadness, Fear, Disgust and Anger) who live together in the mind of each character.

They work to guide each actor’s behaviour and in turn help to create and recall memories, each of which is contained in a small sphere that’s stored in different parts of the brain. Joy is the ever present source of inspiration and brings the spritely ‘we can overcome any challenge’ attitude. However the most profound character for me in the film was Sadness. When a memory is touched by Sadness, the main actor (Riley) vividly portrays confusion, insecurity and loneliness. Like all Pixar films Inside Out provides the perfect balance of humour and life lesson.

For reasons not altogether clear, the impact of sadness on Riley made me think of my daughters (two ordinarily happy and capable little women) and an image I saw earlier in the day that accompanied a news story. The image, one that is painfully familiar in today’s press, was of a father on a singular mission: To do whatever was necessary to ensure the safety of his children. He looked exhausted. His clothes were soaked. Both of his children wore life vests. He gripped them with the unmistakable love of a parent. I know not their location or circumstance but they are refugees doing whatever was possible to find safety.

The memories created in minds of those children and their parents and countless others like them must be unfathomable. In their world, it is difficult to imagine a supply of joy large enough to counteract the fear and sadness they have endured and will continue to remember.

I don’t know about you but I’m overwhelmed by the wicked nature of the multiple refugee crisis around the world and I know many share this feeling. And as a professional problem solver, I find understanding the underlying issues and thinking through practical solutions difficult in equal measure.

The specific issue I grapple with is how I should respond to these crisis each day, as a father and husband, as a leader and as a human. I appreciate that responding can but doesn’t necessarily mean acting on an impulse or doing something and that it also means processing thoughts and emotions about this issue. In any case, I’ve been thinking about the best and most effective ways to help prepare my daughters to become capable of at least understanding complex situations as they grow older. Whether they choose to engage in any given issue will be their choice.

I’ve spoken to many friends who are corporate leaders, not-for-profit leaders and entrepreneurs, about their thoughts on contributing leadership to families who are forced to become refugees. Fortunately none of them offered a dangerous, ill-informed observation that governments aren’t doing enough (to help refugees or to reduce the number of refugees entering the country) or the more unhelpful equivalent “this refugee crisis has to stop”.

Instead, with sad reflection, each person I spoke with agreed that this is a multigenerational issue. This means that our children will need to posses empathy and compassionate curiosity to understand why people are not able to enjoy their homeland and instead arrive to a foreign land with little but each other. This assumes that we, as adults, parents and leaders, can teach this to our children, which in turn assumes posses the predisposition to suspend what we think we know about race and politics, reflect on why history has a tendency to repeat itself and have a hunger to understand the complexities of issues that drive parents to literally risk everything for a better life.

Do we have it in us, these three predispositions?

I think we do.

But here’s the thing: the risk of not acting on these qualities is that we stand no chance in helping our children develop the empathy and compassionate curiosity that will be requisite in their lives, for this and other wicked issues that they will engage with in some form during their lifetime.

So how should I (we) respond to these crisis each day, as parents and life partners, as leaders and as humans?

Findings of a 2015 study conducted by Microsoft’s Consumer Insights division identified that digitalised lifestyles have contributed to the diminishing attention span of humans from 12 seconds to 8 seconds. Apply this not-all-together surprising statistic to the news you read. I’m no speed reader but unless you’re Rain Man I’m almost certain it’s impossible to comprehend a full news story in that time. And who’s to say that a story you read is well-rounded and has been given the space to objectively explain how history and politics have conspired to deliver today’s situation?

Combine these factors and chances are that digesting and constructively re-telling that story to the less experienced mind (say to that of a child) are very low. One remedy for this is to use a service that presents multiple points of view on news from reputable sources. I use this service and there are others, use one that works for you. It’s one of the only ways to form a base of understanding from which questions can be asked and points of view made. To be clear, I’m not suggesting that news stories be read so they can be regurgitated. The idea is to assemble insight from reliable sources to influence how you think about complicated issues with a view to help others advance their understanding.

Tony Shepherd AO, a veteran Australian leader renowned for paving paths through complex corporate and political situations, helped me understand the gravity of the link between dignity and the feeling of belonging that employment provides. One’s sense of dignity is a powerful force. It drives empowerment and ambition but when in short supply it can send self-worth into free-fall.

Consider this: a family is granted refugee status. In their homeland she is an accountant and he is a university professor. Against all odds they make it to a developed nation and, in making a conscious decision to rebuild their lives, they seek employment only to discover that their qualifications are not portable and therefore count for little. After six months she starts earning minimum wage in a country where the cost of living is 3x the minimum wage. He remains unemployed yet has enormous value to contribute to education. Before long the slippery slope from frustration to low self-worth starts to affect the family unit.

This is to say nothing of the potential longer-term effects of this situation deteriorating further where desperation forces people to turn to illegal activities to support their families or turn to government for long-term support. I’m not sure these scenarios are uncommon. In any case, I am convinced that employment provides a critical sense of belonging and value exchange that goes a long way to helping newcomers become part of their new country. That’s why I was so impressed with the Friendly Nation initiative. I’m sure there are others but learn more about Friendly Nation here.

I’m not convinced that financial donations to refugee charities are useful. Many value that and I know why. I am not in that camp but I appreciate people who are. I do, however, strongly believe in making contributions that leverage influence to keep the conversation alive. This will increase understanding, overcome bias and challenge discrimination.

And, if a friend or colleague asks you to contribute to a refugee fundraising event (or any other social cause for that matter), don’t say yes immediately. Instead, ask them how you (all) could leverage your collective influence to more effectively catalyse the reactions needed to solve the issue in focus.

This post has been my most difficult and emotional to write.

The standard you walk past is the standard you accept and, as an entrepreneur, do what you do each day, think big. I started writing this post with these two principles in mind. The former was driving me to think differently about an issue I thought was too difficult to at least try and understand. And the latter aimed at using my built-in love for ideating around complex problems to help me determine how to lean into the world’s refugees crisis each day.

[Tweet “As an entrepreneur, do what you do each day, think big. “]

This post is not the beginning of a crusade, nor is it an attempt to provide expert opinion. It’s about a guy who wants to help his daughters become ready for the world they’re growing up to lead and not being the dad who avoids talking about an issue because “it’s complicated”.

Taking the time each day to objectively understand more about why the refugee crisis is what it is and helping younger minds develop their point view is the first step. It will lead to a powerful combination of empathy and compassionate curiosity, both of which, I think, will be the essential ingredient for our children to lead us into the future.