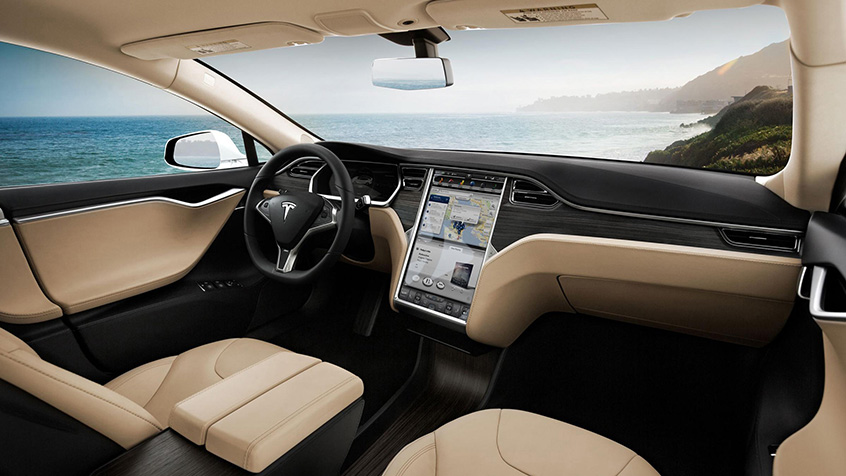 Recently I purchased a new car. And rather than being predictable and going for another Ferrari or Lamborghini, I took the time to consider what it is that I actually want from the car. Well, the price of fuel is rising along with the damage to the environment so I turned to more eco-friendly alternatives.

Electric cars were once a thing of fantasy and for a long time were inferior to their gas guzzling counterparts, but PayPal’s co-founder Elon Musk has presented a solution, the Tesla. Finally I could balance my desire for automotive kudos with my want to protect the environment. In addition to free road tax and no Congestion Charge, I’ve recently read that the government plan to implement further incentives for electric vehicles, including being able to use bus lanes.

Not only does the car run solely on electric, but it pleased me to find that this car was in fact faster than the Lamborghini and more comfortable by miles (pun intended). Hitting 0-60 in 2.8 seconds is enough to give you some butterflies in your stomach, but the real appeal lies within the innovation of the interface.

Unlike other cars, the Tesla automatically updates itself with the newest updates. Just last week, Spotify was added along with improvements to the full auto pilot function (spooky but incredible). Finally, the automotive industry is catching up with the rapid development of technology.

‘When something is important enough, you do it even if the odds aren’t in your favour’ Elon Musk

The car is amazing yes, but this blog post isn’t really about the car as much as it is about the minds that innovate these amazing ideas.

Elon Musk, somewhat of a modern day genius, is also founder of SpaceX, with the goal of reducing space transportation costs and colonising Mars! What was once just sci-fi fantasy is now rapidly becoming reality.

Also in his portfolio is SolarCity, a provider of electrical services, primarily focussed on installing solar power systems. Elon’s portfolio shatters the archaic belief that in order for one to make huge sums of income they must sell their soul. In fact, the balance of ethics and profits is admirable.

Interesting then that Elon decided to name the car company Tesla, after Nikolai Tesla, equally a genius of his time. So intelligent in fact that his college tutors suspected him of cheating as he demonstrated the ability to carry out integral calculus in his head. After working alongside Thomas Edison, Tesla broke off and devised a means of creating alternating current.

Throughout time there has always been and will always be the grace of genius. In fact, Einstein rightly argued that everyone is a genius in their own field when he stated that ‘if you judge fish on its ability to climb a tree, it will live its whole life believing that it’s stupid’.

Consider what you can bring to, do for and leave on this planet. Perhaps you aren’t going to colonise Mars this week but simply creating peace, happiness and love amongst the world’s inhabitants is equally as valuable.