The Future Of Work - Are We Safe? - Key Person of Influence

The Future Of Work - Are We Safe? - Key Person of Influence

The Future Of Work – Are We Safe? 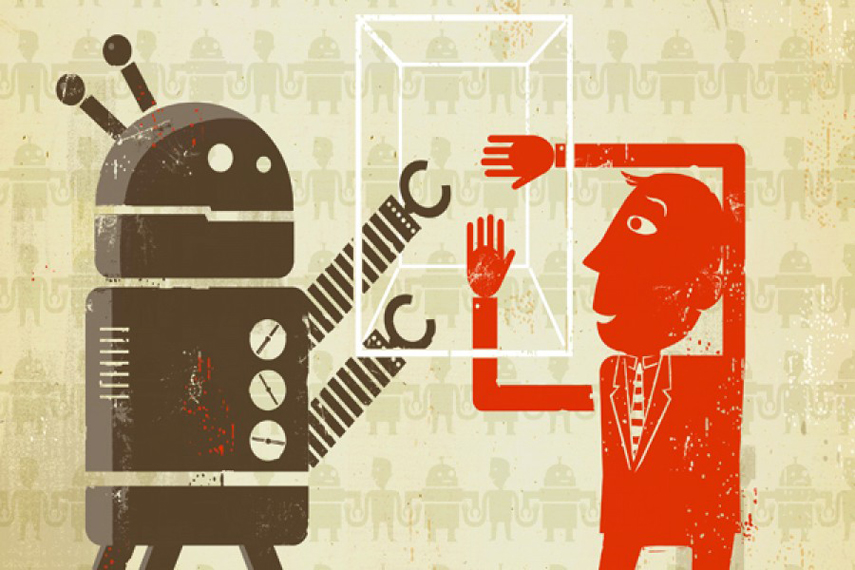 Recently I attended an excellent event at QUT, the “Future of Work” Summit. With over 250 attendees, and an impressive panel of speakers including a keynote presentation from University of Oxford Associate Professor in Machine Learning, Michael Osborne, it was well worth the cost of admission (did I mention it was free?). Firstly thanks to QUT and in particular QUT Adjunct Professor Danielle Duell for making it such an enjoyable experience.

It was great to hear about the latest innovations in robotics, computing algorithms and all things “propeller head” and how they will affect us in the not too distant future. You see, for many of us, it is increasingly likely that our jobs will be handled by far more capable (and less needy) robots and computer programmes. A big driver of this is obviously new technology breakthroughs, but equally so the increasingly high cost of labour, especially in first world economies like Australia.

Consider this: According to Grant Galvin, Executive Director of Master Builders Queensland, carpenters employed under unionised conditions on Brisbane CBD construction projects earn approximately $185,000 a year. It’s no wonder that new technologies like prefabricated buildings and other lower cost building techniques are being utilised more and more. Grant showed a video of a 30 storey building being completely constructed in China in 15 days…Yes, 15 days. Wow!

It’s important to note however that workers being replaced by technology is nothing new and has been happening for hundreds of years. Associate Professor Michael Osborne presented a very interesting statistic:

So in other words, 38 percent of the working population displaced from farming by technology, were re-absorbed into other industries. There’s hope for us yet.

So which roles are most at threat from upcoming technological advancements? It’s probably easier to say which roles are safest. According to the relevant research, roles that involve a high degree of creativity and emotional intelligence are least likely to be replaced by computers (this includes leadership roles). Also, the higher the level of professional qualifications you have, the safer your role is from being replaced. So continuing to invest in your education, particularly around leadership and the creative elements of your occupation is highly advised.

Another presenter of note relating to recruitment was Andrea Tjoeng, Global Business Leader with Scout Recruitment. Andrea spoke about how “Big Data” is impacting the way organisations now hire. Organisations are now using data as a way of shortening the selection process, by comparing statistical attributes of potential candidates against those of successful employees and against previous unsuccessful hires.

She gave Xerox as an example who has replaced screening resumes with Big Data analytic tools, resulting in a significant improvement in retention and performance of new employees.

A quirky illustration was Xerox determined that candidates with two or less social media profiles (e.g. Facebook and Instagram) are more likely to be retained, than those with three or more social media profiles. Big Brother is now well and truly watching, and may play a significant role in whether you get that new big job or not!

Ross Patane, CEO Queensland of Crowe Horwarth, also gave an excellent presentation. He said that whilst technology has significantly disrupted the traditional accounting profession, it can’t replace “Trust”, obviously a critical attribute in the professional services industry. However, the changing face of how people choose to work (any place, anytime, on any device, etc.) is meaning that organisations need to radically rethink how they design the workplace and workflow to attract and retain top talent.

I am sure we are in a period of rapid and massive change on a global scale. I personally have a strong interest in this area, particularly in relation to whether computers will ever gain consciousness. Whilst this is a contentious issue, ponder this for a moment or two:

There are already computers that in specific areas are far smarter and able to make better decisions than human beings. It will not be long before Artificial Intelligence (conscious or not) will be able to build computers that are smarter than themselves (i.e. upgrade their own capability).

Once this happens, human beings, at least in relation to designing technology, will become redundant. What will happen after this? Conspiracy theories abound. At the very least it makes for interesting dinner conversation.