Who Won The Debate - Trump Or Clinton? - Key Person of Influence

Who Won The Debate - Trump Or Clinton? - Key Person of Influence

Who Won The Debate – Trump Or Clinton? 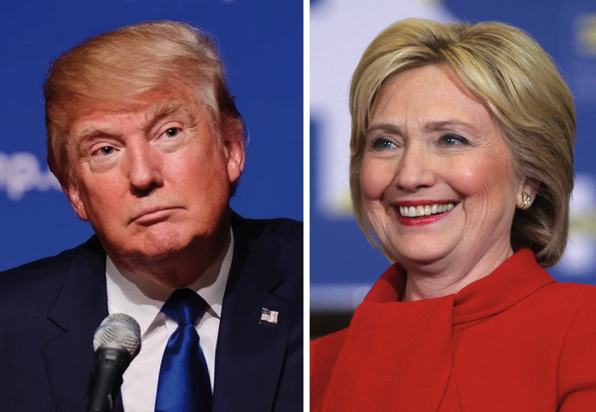 We live in a crazy world right now. The sheer insanity of politics is a reflection of how strange the world is.

It really doesn’t matter who wins the debate or the election, both the USA and the world are going through massive transformation and people are polarised.

The media loves to focus on three scapegoats for all of life’s troubles – Migrants, Muslims and Millionaires rather than addressing the real issues.

Here are some of the real issues we’re facing right now:

1. The UK and the USA have ageing populations. The baby boom was from 1946 – 1964, so in 2016 a great wave of people started turning 70. Every day for the next 10 years will be a new world record for the most people turning 70. When population’s age, productivity slows, incomes goes flat and governments go broke.

2. Millennials aren’t settling down. People aged 20-35 are in a bind thanks to debt, low wages and expensive houses. They don’t get married, they don’t buy homes and they don’t have kids until much later in life. They’re also not interested in buying the big houses, which the baby-boomers want to sell at 15-20x the average wage.

3. Technology is replacing jobs. The teen at the Tesco check-out is gone, so is the manager who checks the inventory, so is the store accountant who reports the daily takings. To put it in comparison, Vodafone has over 100,000 employees and WhatsApp has less than 200. New technology doesn’t create jobs, it obliterates them.

4. Governments have no clue how to tax global companies or the rich. In a globalised world, a geographically defined government can’t keep up with the movement of cash bouncing around the world at the speed of light. This leaves it with very few options but to expand its borrowing to pay for the things we demand. In particular the baby-boomers want healthcare at a time when governments are losing tax payers.

These four big issues are either your friend or your enemy. You either see the benefits of technology, globalisation and demographics or you see them as a threat.

Your entrepreneurial mind can turn adversity into opportunity. It can see solutions where others see problems and you can create a business that surf the waves others are dumped by.

Don’t worry about the noise – Trump, Clinton, Migrants, Muslims and Millionaires. Worry about how you’re going to build a great business in a fast moving (often crazy) world.