For some reason every time I turn around I seem to be running into this wonderful Polish proverb, “it’s not my circus, they aren’t my monkeys”. There seems to be some debate about what it actually means, but I like to think of it as – I didn’t break it, I’m sure as hell not going to fix it.

Over the years I have spent a lot of my career running around fixing other people’s business issues. Typically these were small businesses, which had ended up in all kinds of trouble, to the point where they were staring down the barrel of bankruptcy (or jail).

What was even worse though was that I developed a reputation for being good at helping turn businesses around, so more of them approached me, until that became pretty much the only work I did. It wasn’t my circus, but suddenly I had an army of monkeys that I somehow had to control (and please don’t think I mean that in any disrespectful way to the people I was working with).

I spent many nights wide-awake at 3am, stressed and worried about my clients businesses. And the more of these jobs I took on, the less sleep I got. I realised that something had to change. So I decided to shift my focus and rather than work with businesses that were in trouble, I decided that I wanted to work with successful businesses that I could help to make even more successful.

It was hard, in fact very hard, to break away from my existing client base. I had to say no, I had go through the fear barrier of turning away clients and the financial ramifications that could follow. And personally, it was very hard to say no to people who were in bad situation, but I had to do what was right for me and I knew that if I didn’t change I was going to have a breakdown of some sort.

I think we all need to step back every once in a while and take stock of the work we are doing. We need to ask ourselves some hard questions – am I doing the work I love to do, or is it the work I do because I am known for doing it well even though I don’t enjoy it? Am I doing work for the right kind of clients? Am I valued, respected and paid accordingly? If I’m not – why do I keep doing what I am doing? Or even more importantly, how do I change?

Today I prefer to help businesses that are successful to become more successful. A major shift in focus and far less time spent lying in bed at night worrying about my clients. And of course there are so many upsides that I could (and might just) write a book about it.

Remember, it’s not your circus, so choose your monkeys very carefully. 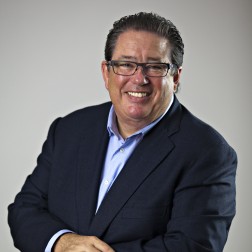