In a recent survey of job seekers, 95% said they would be happy to work for someone significantly younger than them.  Hopefully this indicates that the battle of age and generation discrimination is half won. I say half won because although people are willing to work for younger managers (i.e. Gen Y’s), there is still concern over whether younger managers will hire older workers.

It is natural for human beings to seek the company of people who are similar to them and age becomes a telling factor here.  A Gen Y manager is more likely to hire a Gen Y worker over any other generation, not just because of personal bias and a tendency towards a like-attracts-like mentality, but also because they are more likely to be treated with respect from someone similar to them. The same logic goes for Baby Boomers and Gen X.  Like attracts like and thus a team is created with social cohesion.

The issue of respect between generations is a difficult one.  We’ve all heard the following statements as if they are empirically true:

These statements have a sliver of truth to them; however they are still generalisations and stereotypes.  The problem comes down to a natural shift in the values of each generation.  Orrin Onken’s blog “Surviving the Younger Boss” perfectly sums up this dilemma:

Instances of the younger boss/older employee dynamic are becoming more common.  A Career Builder survey conducted in 2012 reported that 34% of US workers are currently reporting to someone younger. This is occurring for two major reasons; older workers are retiring later and with technology driving business innovation, younger people are more frequently in positions of power earlier on in their career. Both sides of this dilemma must make an effort to bridge the gap between generations.

What can older workers do?

What can younger managers do?

Weathering the storms of generational differences can be tough and ego can enter into the equation very quickly if both parties don’t make a concerted effort to communicate and compromise.  Older workers need to trust that the younger manager has been put in charge for a reason and young managers need to see the value older workers bring to a business.  If both parties can approach the situation by seeing the positives of each individual, rather than the negative stereotypes related to ‘young’ and ‘old,’ then a mutually beneficial working relationship can be built. 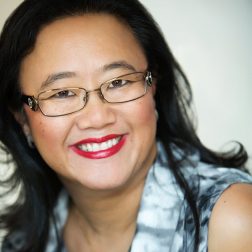