It’s a simple edict, but one that should be tattooed on the heads of every business owner.

And before you dismiss this as Human Resource BS about having comfortable chairs and stress free lighting, let me tell you it has nothing to do with the physical surroundings.

Google, one of the fastest growing and most profitable companies of all time, creates a high performance environment and focus obsessively on keeping it that way.  As do the All Blacks, arguably the most successful sports team of all time.  One is well known for it’s beanbags and slides.  The other thrives on mud and blood.

High Performance Environment does not chime well with those who seek ‘happiness’.  Happiness is rarely found in these environments.  Discontent is found.  Discontent and a burning desire to improve things is what both creates the environment but also what the environment inspires.  Wins can and will be celebrated, but they are never enough, there is always more that can be done, another rung to climb, another peak to scale.  Every successful business owner knows this feeling well.

If you think that sounds exhausting, it is.  When a Google product manager doesn’t leave the office for 72 hours straight to get the job done, or when Richie McCaw played 80 minutes of World Cup rugby with 3 broken bones in his foot, it is easy to look from the sidelines and question the sanity of those that thrive and perform at that level.  You can certainly argue it is not healthy and few will disagree, but it is massively effective.  Outstanding products don’t get launched, World Cup’s don’t get won and small businesses don’t thrive without unhealthy and often Herculean commitments to get the job done.

So how do these companies create that high performance environment?  How do you create it in your business?  It happens by design and a relentless commitment to enforcing it.

When my business partner Jeremy Harbour came up with his big idea of ‘agglomeration’ to help small businesses scale through the public markets it became apparent very quickly that we were going to be dealing with a lot of small business owners.  Business owners, like most humans have an irritating habit of being independently minded.  How were we going to get them all on the same page?  How did we get them all pulling in the same direction and more importantly if we were going to scale up how did we build a team of employees to think like us and the entrepreneurs that we were serving?

Back in the 1960’s  David Ogilvy faced a similar challenge with his advertising agency.  A challenge faced by all successful founders, as the company grows and the number of staff whose names you don’t know begin to outnumber those you do, how do you instill in them the values that got you to this elevated point?

David Ogilvy wrote a book; ‘Confessions of an Advertising Man’. It is the distillation of all the Ogilvy concepts, tactics and techniques that provided a blueprint to serve his new employees.  It also told his clients the level of service they could expect. While the book might seem dated in today’s world, I bet that new recruits at Ogilvy still read it cover to cover before they turn up for their first day at work.

The All Blacks too have a book. Not a public one, but one given to every player that is privileged enough to pull on the jersey. It shows images of the jerseys throughout the past 100+ years and reminds them of the legacy and that they are merely custodians of the brand with one responsibility; To leave the jersey in a better place.

When Jeremy and I wrote the book ‘Agglomerate – From Idea to IPO in 12 months’ we were smack in the middle of our first IPO. Whilst it was a huge distraction from doing the important and permanently ‘urgent’ work that needed doing, it also served two very important roles.  The first was to get our intellectual property, all the little wins and bloody noses that we had suffered, the learnings, out into the wider world and let other people take what we had learnt and hopefully use and improve on it.

The second was that it forced us to stop and evaluate what lessons we really had learnt.  It is impossible to effectively teach people unless you are willing (or forced) to stop and take stock of what you have done to elicit the responses you got.  That act of reflection both helped us share our message but also gave us the clarity about what was our high value activities and what was just laziness, vanity or worse.

Our inspiration to release a book on the model was certainly influenced by the impact that Ogilvy had on his industry (an industry we were about to enter and hopefully challenge through The Marketing Group PLC) but also, more currently, by Elon Musk releasing his IP and blueprints on electric cars to the wider world.  However, none of this is new.  Every religion that we know of today understood inherently the value of creating a book to get their messages to spread.

They also understood the value of trying to distill learnings down into manageable chunks such as the Ten Commandments.

When Google IPO’d back in 2004 they released a manifesto about the values and the way they do business.  One of the key tenants of that was the mantra ‘Don’t do evil’.  The fact that you and I, customers many steps removed from Sergey and Brin still know that is testament to the power of trying to distill your values down into mantra’s or rules that are both easy to remember and allow your staff, clients or community to hold you accountable.

Even the premise and subject of this article, ‘Environment dictates performance’ is one of the mantras of Dent Global, an entrepreneurial training business run by Daniel Priestley I have been lucky enough to be involved with over the years.

The All Blacks have several; leave your jersey in a better place and ‘no dickheads’ being among the best known (certainly amongst New Zealanders).  The latter is one of fifteen rules that are a reminder that no one player is bigger than the team.

When the list of job openings at our company reached into the double digits, it was time for us to sit down and try and combine our 40 years of starting, building, buying and selling businesses into something that could both serve our new team members, but also serve those companies that we wished to bring into an agglomeration and help grow.

Whist it was these values, even before we had written them down, that allowed us to go from ‘idea to ipo in 12 months’ and then take that IPO and turn it into one of the most successful of the year, we would not claim that we had achieved a truly high performance environment, at least not one that is close to where we would like it to be and certainly not at the level of World Class performers like Google & the All Blacks. 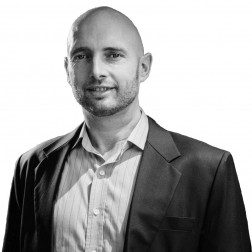