Can you think of a scenario in your office where someone has turned up for work quite clearly ill? They might be sneezing, clutching their pounding head whilst stirring in an Alka Seltzer, or even suffering from the early effects of exhaustion because of sleep problems?

If they’re evidently very sick, you might wonder why they came into the office instead of staying at home in bed. I can recall many times when that happened and I’d hear grandiose remarks such as ‘I can’t afford to stay in bed’ or ‘I’ve got too much to do’ or ‘I’m not staying at home in bed when I’ve got X, Y or Z to do here’. Arianna Huffington takes this even further in her TED Talk of December 2010:

‘There is now a kind of sleep deprivation one-upmanship. Especially here in Washington, if you try and make a breakfast date, and you say, ‘How about eight o’clock?’ they’re likely to tell you, ‘eight o’clock is too late for me, but that’s okay, I can get a game of tennis in and do a few conference calls and meet you at eight.’ And they think that means that they are so incredibly busy and productive, but the truth is they’re not, because we, at the moment, have had brilliant leaders in business, in finance, in politics, making terrible decisions. So a high I.Q. does not mean that you’re a good leader, because the essence of leadership is being able to see the iceberg before it hits the Titanic. And we’ve had far too many icebergs hitting our Titanics.’

Competitive presenteeism is now endemic in the corporate world

It’s a game of ‘how sick can you be and still come into the office’ or ‘who can survive on the least amount of sleep’. I’ve experienced it first hand in all of the offices I’ve worked in, and I’m willing to bet you have too. And the stark fact is that quite often, in some environments, they will be the people recognised as the hardest workers, the ones who put the hours in and are therefore the most committed. I hear all the time of my clients unable to say ‘no’ to employers when asked to work late because of the fear of consequences, and because they know that if they don’t say ‘yes’, they will lose out on future opportunities or be deemed to be disinterested and uncommitted.

There’s something interesting going on though, because the UK also has a problem with sick leave, so perhaps this competitive presenteeism is false economy. In 2013, big-four audit firm, PwC, conducted research that found UK workers have an average of 9.1 sick days each year, nearly double the amount workers take in the US (4.9 days) and four time more than Asia-Pacific (2.2 days).

In total, sick leave was estimated to have cost UK employers about £29 billion a year in lost productivity. So whilst we do have some members of the workforce thriving on competitive presenteeism, we also have a lot of other workers too sick to come to the office. Could the two be linked? And are we pushing our executives too hard, without providing them with a culture and the tools to ensure they have a healthy balance in their lives?

I’d love to hear your thoughts below!

Leanne Spencer is a Fitness Entrepreneur, Author of the Amazon Bestselling book Rise and Shine: Recover from burnout and get back to your best and Founder of the Rise Method®, a proven 4-step methodology that helps chronically stressed and burned out executives and entrepreneurs to recover, and regain their passion for life. 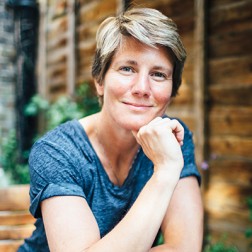