The old cliché “It’s not what you know but who you know,” rang true for me recently.

A candidate that had performed in a contract role in the past for us (and had done an exceptional job) contacted me to say she had applied for a role that she was really interested in – BUT she needed some help. She noticed that I was connected to the individual that this role was reporting to, on LinkedIn. She asked whether I could reach out to my connection and ‘put in a good word’. I had to admit that I had only recently connected with this individual but I was more than happy to recommend her.

So I sent the following InMail:

“I hope that you are well and I also hope that it is OK for me to reach out to you in this fashion.

We have recently connected on LinkedIn and I know that you have a Senior Manager, Human Resources vacancy that you are seeking to fill. I know a candidate who has applied for the role called Susie (name changed to protect the individual). She is a fabulous candidate and she has just completed a contract role for us, with excellent feedback. The reason for the contact is I believe that LinkedIn is a great business tool for networking and I thought that this information may be of use to you.

I wish you well in your search and hope that we can meet face to face one day soon.”

I then called back Susie to report my action only to hear that she had just received her formal ‘thanks but no thanks’ email. We were both disappointed.

The next thing I hear, Susie calls me to let me know that she has an interview. Then a second interview, and finally that she got the job! She was thrilled. Then I received an InMail from the hiring manager to say that she was very grateful that I introduced the candidate, and thanks for making the effort to connect her with Susie.

So what are the lessons from this experience?

So my candidate has now started in her role. She is loving the job and her boss is loving her.

Have you had this kind of success on LinkedIn? 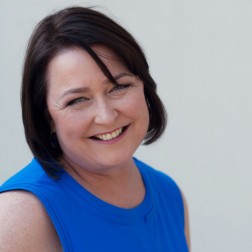