Hindsight is a wonderful thing but, of course, we know it isn’t an exact science. There are, however, clues to an outcome that, if we were more deliberate in our thinking and more aware of ‘coincidences’, we could spot things earlier.

Let me explain my latest inspiration and sort of discovery.

It is not a person, a book, video, nor is it a new ‘be successful’ program (you know, the one where someone has discovered the secret sauce to making gazillions and now wants to share it with you for $99 and a bag of crisps – Oh, and can only tell 10,000 of you!).

No, this is a country. It is 26 miles by 14 miles and has been appearing on my radar for some time now, particularly over the last 18 months.

Let me take you back to the 24th June last year. It’s not the date that jumps out, but more the decision that was made; for the UK to leave the European Union. Yes, it was Brexit.

Now, this is NOT a story about Brexit, that been done to death. No, this is a story about the biggest Entrepreneurial vision that has become a reality and a massive inspiration to anybody that studies it. This is the amazing story of the Lion City, more commonly known as Singapore.

Being honest, I didn’t know a lot about Singapore. I knew a bit about the history of Raffles Hotel, folklore about drug trafficking, Nick Leeson and Barings Bank, and that chewing gum was illegal. But that was about it.

I had also met an expat called Jeremy Harbour back in November 2015; he was living there and was raving about its great education, impressive medical facilities, low taxes and the wonderful weather. In fact, he described it to me as “an entrepreneurs dream”.

Back to the 24th June where an article by futurist Roger James Hamilton caught my eye. It was entitled: “UK’s vote for the #brexit. What’s next? Here’s one possible outcome.” and it was all about Singapore. The gist of the article was as follows:

In 1967 Singapore had their own ‘Brexit’ and voted to leave British colonial rule and join the Federation of Malaysia, however, race riots ensued and it was kicked out and left to fend for itself.

On its own with little hope, the new city country, via its leadership of Lee Kuan Yew, decided to reinvent itself and set a vision to become a word-leading nation. It reached out not to Malaysia or the British Empire, but to the rest of the world, and started to design itself for the 21st Century.

Today Singapore is a power house globally. For a city-state that you can fit inside the M25 it is:

And the stat that I love: Singapore is the largest per capita ownership of Ferraris in the world. But….you can’t drive over 45mph, it costs you S$90,000 to apply for a licence to own a car (yes, any car), and the car is about 100% more expensive than the UK.

After reading Roger’s article I became a little obsessed with Singapore and started to my do own research; I read heaps more articles, spoke to colleagues and contacts who had businesses out there, and decided that to understand it further we had to experience it first-hand for ourselves.

We landed on New Year’s Eve for a 10-day exploration and family holiday.  At this point, it was all about curiosity and we Norburys LOVE a holiday. I really wanted to see how it had gone from where it was 50 years ago, to where it is today.

Yes, it was everything I had described above – and more. But for me, Singapore was the world’s biggest entrepreneurial experiment masquerading itself as a country.

One example that stood out happened when we decided to go on a ‘Duck Tour’. This is where an old World War II amphibious craft drives you around the city and then into and along the river. You get to see the sights and learn a bit about key Landmarks.

This was a private company with classic tour guides getting excited about what you see. BUT this was different; for the 90-minute tour we learned about Singapore’s history – why it is called the Little Red Dot (because on a world map it is SO small it is signified by a little red dot !), and everything up to 1967 as you would expect. However, I have never been on a tourist outing where most of the talk was so focussed on the FUTURE. Our tour energetically and excitedly explained all about Singapore and:

This was not just at a surface level, it was detailed. She explained that current population was around 5.2 million and the government target was 6.9 million as this would complete the circle for self-sufficiency, aid the fiscal policy and monetary policy of the country, and achieve the long-term goals. Yes, she was selling to us all to set up a business and come out to Singapore. You should remember this is not some senior government official on a trip to London to sell Singapore; this was an employee of a company who not only knew the vision, but she 100% believed in it, and was helping in her own way to achieve it.

When I say sold… I mean as a business owner that helps others scale their businesses, I needed to understand and closely study this country that epitomised everything I believed in about running a successfully balanced performance business. That is when we made the decision and opened a business and an office out there.

If Singapore can go from disaster to one of the richest, most progressive, healthiest, best-educated countries in the world in 50 years, then what can YOU do with your business by just having a vision, a plan, a team and determination to achieve it? 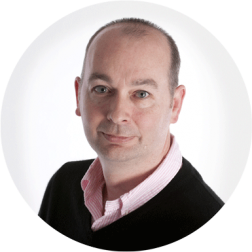 One response to “A Meeting, Coincidence, Inspiration, Karma and The Little Red Dot”