After 20 years in the retail furniture business, Ross Clayton realised that the industry was stuck in a rut. He noticed that while most companies used buzzwords like ‘designer pieces’ in their advertising, the fact was that most furniture was bland and mass produced. To make matters worse, less than 1% of factories had a designer on their staff.

Somehow, over the course of 20 years, the majority of furniture companies had borrowed tactics, factories, and designs from one another, to the point where unique, exotic pieces were almost impossible to find.

In other words, the furniture industry was a Red Ocean — an industry with a lack of meaningful differentiation industry-wide, resulting in eroding profit margins and a grinding fight for survival. The lack of differentiation had forced companies to resort to marketing spin, like misleading ‘strike-through’ pricing and claims that their stock was ‘designer furniture’.

Despite the fierce competition in the furniture industry, Ross identified a clear unmet demand for unique, exotic furniture.

Instead of focusing on his competition, Ross broke out of the Red Ocean by being anti-competitive, fulfilling a demand that the rest of the industry had neglected. Ross began his search for unique, exotic, designer furniture that would separate his business from the rest of the market.

With more than 20 years of experience in the furniture industry, Ross had the knowledge that would enable him to produce unique pieces of furniture.

He knew what size lumber cells would shrink to when dried in the kiln, he understood the density of each material and how durable it would be, and he knew the linear strength of a piece of wood so that he could prevent warping. More importantly, he understood the necessity for sustainable and recycled products.

A lover of travel, Ross journeyed to India in search of sustainable, recyclable timber that he could use to produce exotic furniture.

As fate would have it, Ross’s Indian supplier misheard his request for ‘shit’ timber, and instead notified him a week later that he had successfully acquired some ‘ship’ timber.

“Knowledge is the foundation of producing great designs.” — Ross Clayton.

Ross Clayton chose to avoid the competition and create a personal monopoly, by focusing on an unmet demand that would differentiate his business from the rest of the market.

Rather than benchmarking the competition, key people of influence find creative ways to create uncontested market space that allows them to avoid the competition entirely.

Vast is now the largest retailer of recyclable timber products in Australia, with more than 20 locations and sales of $30 million. The company still uses the same suppliers today that he first engaged with on day one, a point of difference that is very important to Ross and the integrity of his company.

Ross Clayton will be joining me at the next Dent LIVE in Brisbane on 20th February, where we’ll be getting the insights and core learnings for differentiating your brand and growing a franchise.

If you’d like to attend the event and hear Ross’s business secrets, then click here to grab your ticket. 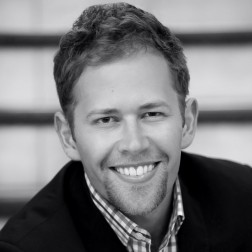