Not so long ago I fell in love with the idea of owning a Mini Cooper S. At the time (even at 6’5″) everything about them appealed to my sense of style and adventure. Soon after that love affair began, whenever I was out and about, I started see more Mini Coopers on the road, parked on the street and even for sale. Even though I was in the market for a car (any car!) I kept collecting more information about model types and pricing before ultimately making the purchase.

In cognitive science, this is an everyday example of confirmation bias, the tendency to search for or interpret information in a way that confirms one’s preconceptions. The key issue with confirmation bias is that it narrows the way we think about particular topics, usually to the exclusion of other alternatives, without providing a sense of whether preconceptions are valid or not. This in turn can lead to preconceptions becoming reality in the mind of the person with the confirmation bias and this inevitably leads to errors of judgment.

The notion of confirmation bias (and the myriad of other bias humans possess) is not new and I’m not the first to write about it. I’ve suffered from it, like I imagine most have, and I’m seeing it play out more and more with my mentees. When it comes to startups, running out of cash is terminal. Confirmation bias can be just as fatal and it can play out in many areas, I’ve seen it play out more commonly in product development and in co-founder relationships.

Take product development. First-time entrepreneurs often hatch a solution to a problem that they have experienced many times. In doing so they develop fierce conviction to solve the problem in a way they believe it should be solved and do so under the belief that they are best placed to bring that solution to market. This can be a potent power for progress. However, it can be an equally destructive force because a founder’s confirmation bias can reduce their acceptance for feedback and interest in pivoting to an alternative strategy. In this scenario, running out of cash soon becomes the inevitable reality.

So how can confirmation bias affect co-founders?

When it comes to the relationship between co-founders, trust and clear communication are the currencies of progress. At AirShr Opher and I consider these qualities essential to our success. But when trust and communication breakdown, ventures tend to die, quickly.

To be fair, it’s not uncommon for things to get lost in translation as new ventures move quickly from nothing to their first meaningful milestones. However, as stress and fatigue start to become part of everyday, frustrating behaviours begin to have a higher than normal impact. A number of my mentees have experienced this and the first symptom we talk about is recurring behaviour they’ve noticed in their partner. In a recent example, the person who was observing this behaviour started to build a bank of evidence to support his hypothesis for why his co-founder was acting the way he was. The formulation of this hypothesis (which ultimately proved to be untrue) and the subconscious evidence-gathering he was undertaking (to the exclusion of other points of view) was having an enormous and exhausting emotional toll. Not surprisingly this hindered clear communication and began eroding trust between the two people who had solved the unsolvable and were on track to growing an incredible venture.

Thankfully, this issue has since been resolved and the upside of these situations is that when you know what to look for, confirmation bias is relatively simple to identify. But here’s the thing, just being aware of it isn’t a solution. The solution is to have compassionate conversations that increase understanding and remove bias. This may be easier said than done, but in each of the instances I have seen this play out for the better, the person who developed confirmation bias:

1. Made the conscious decision to understand why they began collecting evidence that fuelled their bias in the first place.

2. Confirmed a time to meet with the other person concerned and in doing so suspended any bias until that meeting.

3. Set the tone for the meeting by opening with a compassionate message similar to “I’ve noticed some things recently that I don’t fully understand, and I’m concerned about how they might be affecting you. Although I could be wrong about what I’m seeing, I’d like to share them with you.”

The outcome in nearly every case has been an increased understanding and empathy for each person’s circumstance and as a result, the confirmation bias significantly decreased or was dismissed altogether.

The bottom line is that confirmation bias, left unchecked, becomes an counter-productive obsession – the byproduct of which can devastating for founders and ventures. It also goes without saying that start-ups are hard work. They’re also the place to have fun and do your life’s best work, so if you suffer of confirmation bias at any point take active steps to resolve it so you can get on with building a great business that confounds the critics and puts a dent in the universe. 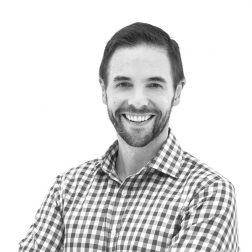